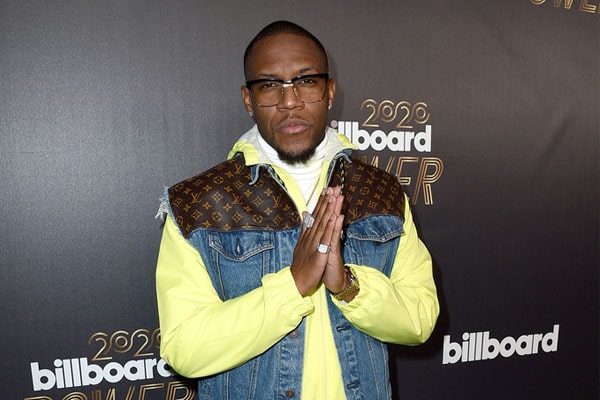 The rapper, RoccStar probably has a staggering net worth of more than $3 million. Image Source: Zimbio.

The member of “Love & Hip Hop: Hollywood,” Leon Youngblood Jr., aka RoccStar, had an estimated net worth of $3 million in 2018. As of 2020, it is probably more than that and has made a considerable fortune from his career. It is from his career as a successful musical artist and producer; he has been able to gather such noteworthy net worth.

The Grammy-nominated music producer RoccStar has worked with many top-notch musical artists. Kendrick Lamar, Rihanna, Chris Brown, Post Malone are some of the few top singers he has worked with. He is a rapper/singer and a songwriter. Not just for his own, but Leon also has written songs for other musical artists.

The talented rapper, RoccStar, had an estimated net worth of $3 million in 2018. As mentioned earlier, he certainly has gathered more than that net worth. With a breathtaking career in both the music industry and reality T.V. shows, he has been able to collect an astounding net worth for sure. Stick up with the article to know his sources of income and earnings.

Income As A Rapper And Music Producer

Leon “RoccStar” Youngblood Jr. is a rapper as well as a music producer by profession. He has produced songs for different and famous singers such as Kendrick Lamar, Rihanna, Chris Brown, and Post Malone. Since he has also released his music, the money he gets from the sales of his work also contributes to RoccStar’s massive net worth.

As similar to RoccStar, his fellow cast member with whom he is in a feud with Floyd “A1” Bentley’s net worth is also estimated to be $4 million. As a famous music artist, his salary from the show must be huge, which helps to increase Leon “RoccStar” Youngblood Jr.’s net worth even more.

Along with that, he looks to have pleasing earnings from the sales of his songs and albums. Not only that but also he probably gets huge paychecks for tours and concerts too. Plus, RoccStar doesn’t leave a chance to show off his money on his Instagram.

So, in all, Leon “RoccStar” Youngblood Jr.’s net worth mostly comprises of his income from his music career.

RoccStar joined Love & Hip Hop: Hollywood in season 5 in 2018. The rapper made 12 appearances so far. As stated prior, he had a rivalry with A1 during the show. Similarly, he added fuel to the fire when he had an affair with Lyrica Andreson. When asked why he said it was the closest thing on the T.V., he could relate to.

Therefore, he seems to have made promising money from the reality T.V. show. Perhaps, he had a lucrative salary per episode in the show. He did not return to the show after the season’s reunion special after storming off stage during a heated argument with K. Michelle.

Since rapper Leon “RoccStar” Youngblood Jr.’s net worth is counts in millions, it is no surprise that he owns many luxurious and supercars. His list of cars includes a white-colored Lamborghini, Rolls Royce, a red Ferrari, and others.

We all know how expensive these cars cost. The starting price of a Lamborghini, Rolls Royce, and Ferrari is $199,800, $317,700, and $256,550, respectively. Having such a massive amount of money allows RoccStarto to afford such deluxe cars.

Not only his cars but the rapper RoccStar also has got a magnificent house. The below house is certainly many of RoccStars’ homes. Looking at it we can presume it has a swimming pool, multiple numbers of rooms and a vast compound.

We can say that RoccStar has a splendid and luxurious lifestyle. He has already got everything that many people keep on day-dreaming.

The “Love & Hip Hop: Hollywood star, RoccStar has had a great career to date. From working with top artists to being a member of LAHH, here is RoccStar’s net worth from 2016 to 2018.