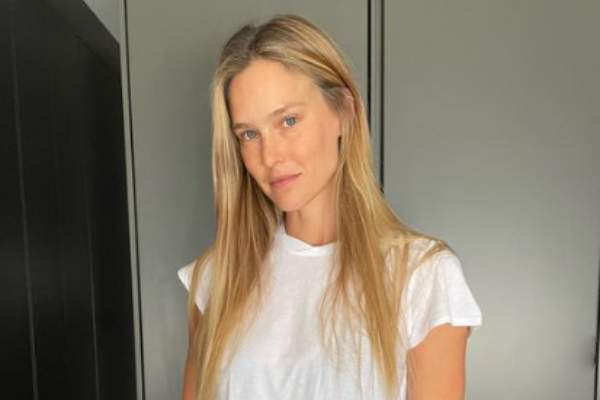 Leonardo Wilhelm DiCaprio is an American film producer and actor. Most of you already know him as the Titanic star. He was born on November 11, 1974. Moreover, to no one’s surprise, the star has won numerous awards, to name a few,  a British Academy Film Award, an Academy Award, and three Golden Globe Awards.

Leonardo’s character in Titanic, Jack, had a tragic ending, but his love life isn’t as sad as the movie’s ending. He has dated many women, and these relationships rarely remain hidden from the media limelight. So continue reading to know more about Leonardo DiCaprio’s ex-girlfriend, Bar Refaeli.

Who Is Bar Refaeli?

Refaeli is an Israeli model, television host, businesswoman, and actress. Born on June 4, 1985, she is one of the most well-known models to emerge from Israel. Refaeli was raised in a Jewish family in Hod HaSharon, Israel, where both of Refaeli’s parents were born after their grandparents immigrated from Italy and Poland. Bar’s mother, Tzipora Levine, was also a model in the 1970s. Her father, Refael Refaeli, formerly owned a horse stable.

Bar has two younger brothers: businessman Dor Refaeli and actor On Refaeli. Additionally, from her mother’s first marriage to Israeli businessman Yehousha Ben-Porat, she also has an elder half-brother named Neil Ben-Porat. Talking about her professional career, she has graced several top magazines, such as the 2009 Sports Illustrated Swimsuit Issue cover and the top spot on the 2012 hot 100 list of Maxim magazine.

In addition, Leonardo DiCaprio’s ex-girlfriend is a television host who co-hosted the 2019 Eurovision Song Contest in Tel Aviv and has hosted The X Factor Israel since 2013. According to Forbes Israel, in 2013, she earned the title of highest paid Israeli model.

The media has given DiCaprio’s personal life a lot of attention. He rarely grants interviews and is reticent to talk about his personal life. Yet, he has been the subject of multiple references describing his interactions with women who are 25 or younger. According to some sources, Leo and Bar when out from 2005 to 2011. During their relationship, Leo also had the opportunity to visit Refaeli’s hometown of Hod HaSharon and meet with Israeli President Shimon Peres.

According to sources, the former couple met at a party for U2 in November 2005, and by 2006, they had started their romantic relationship. Moreover, People published an article in April 2006 about the couple’s budding romance, which was highlighted by a romantic getaway in Paris. The then-lovebirds were seen hitting Lakers games and Six Flags. While with him, Leonardo DiCaprio’s former girlfriend scored an Escada campaign and the 2009 Sports Illustrated Swimsuit Issue cover.

In 2009, the former couple took a break from their relationship, and the split was short-lived for only six months. However, she revealed that the time apart was good for her. They got back together in 2010 and were spotted vacationing together. However, things did not work out, and they broke up in 2011.

The ex-pair reportedly separated because she started a quest to kick out her bad habits after experiencing panic attacks and anxiety. Bar understood that DiCaprio wasn’t the right man for her. Leo and Bar have moved on with their lives and are happy with their respective partners.

Did Leonardo DiCaprio’s Ex-Girlfriend Use Him For Fame?

Refaeli was a pretty good model before she and Leo started to go out together. However, after dating the legendary actor, many speculated and accused her of using him for fame. Well, she received many opportunities while being Leo’s girlfriend, but her supporters say she deserved all the opportunities that came her way. So to state whether or not Leonardo Dicaprio’s ex-girlfriend, Bar Refaeli, used him for fame is nothing but a hate comment.

People get what they deserve, and the same goes for Bar. If she wasn’t successful, to begin with, fans believe that Leo wouldn’t even lay an eye on her. Bar has reportedly shown the world that she is as much as capable and deserving of the opportunities.

Leonardo DiCaprio’s ex-girlfriend, Bar Refaeli, lives a life full of joy, happiness, and peace. She must live a comfortable life as her modeling career is very successful. We wish Bar Refaeli the best and hope she spills more about her personal life in the upcoming days.