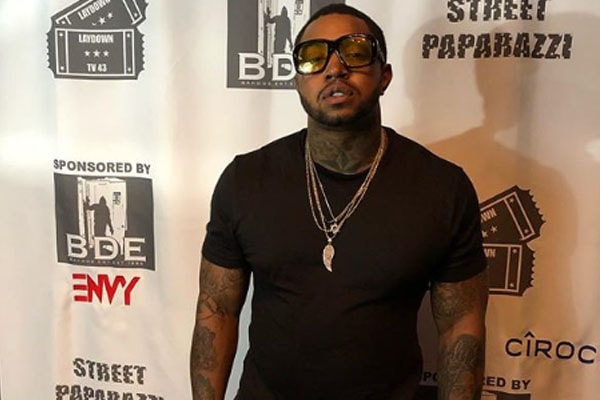 Lil Scrappy with his diamond chain

The “Money In The Bank” singer Lil Scrappy‘s Net worth is estimated at $1.5 million. The LAHH star Scrappy earned his riches from his rap career and as a reality TV star.

Lil Scrappy is expecting a child soon with his wife, Bambi Benson. He also has a daughter named Emani Richardson with his ex-partner Erica Dixon.

Lil Scrappy Net Worth and Earnings

The 34-year-old rapper Lil Scrappy’s Net worth is estimated to be $1.5 million. Along with being in the rap scene for a long time, Scrappy’s fame and popularity skyrocketed when he was cast in the Love & Hip Hop: Atlanta show. He was a regular from season 1 to 6 of the show. Lil Scrappy reportedly took home $200,000 per season from the LHHA show. No wonder his net value is such a grand.

Before being a reality TV star, Lil Scrappy is a rapper first. Till date, he has released many songs and albums under his belt. Here are some of Lil Scrappy’s albums along with their respective prices:

The rapper must have received a chunk of money from his album’s sales which also contribute to Lil Scrappy’s net worth.

With the estimated net value of $1.5 million, Lil Scrappy tends to live a lavish lifestyle. He visits different clubs, drinks expensive liquors and flexes his jewelry.

Just a couple of months ago Lil Scrappy was in a terrible car accident with one of his friends. His friend went through surgeries as Lil Scrappy broke his right leg. In 2016, Lil Scrappy bought and moved into a new house with his wife, Bambi.

There has been a huge increment in the Net worth of Lil Scrappy over the years. Here is a table representing his rise in net worth from 2014.