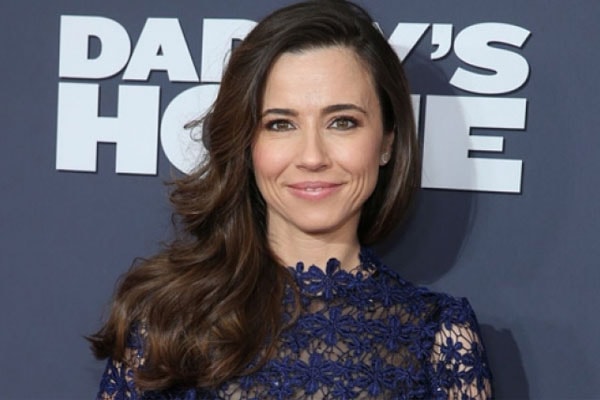 For the time being neither does Linda Cardellini has a husband nor she is single. Though the Freaks and Geeks star Linda Cardellini is engaged to boyfriend Steven Rodriguez since June 6, 2013. But the couple is already parents to daughter Lilah-Rose Rodriguez whom they welcomed on February 29, 2012.

Linda Cardellini and Steven Rodriguez are childhood friends. The couple might have never thought that they would end up engaging each other and have a child together.

Linda Cardellini Is Engaged To Her Childhood Friend

The Scooby Doo star Linda Cardellini and her soon to be husband Steven Rodriguez were friends from childhood. As per People, it was quite a surprising moment for Linda as Steven chocked and got on his knees to propose her. She shared that it was very beautiful. It must have been an undeniably beautiful and magical moment for the couple.

The gorgeous actress Linda shared the most adorable picture on her Twitter to announce that she had been engaged. The photograph was of her daughter’s hand placed on top of hers. Linda’s engagement ring was sparkling on her daughter’s little middle finger. Along with the photo, she tweeted that her daughter Lilah Rose wants everyone to know that her mommy and daddy are getting married.

Although Linda and Steven have been engaged for long, they have not married yet. They are one of the couples who like keeping their personal life secret. We guess they are living happily with their daughter Lilah-Rose. The only thing we all are curious about is when the sweet couple is going to tie the knot.

It’s not a new thing that co-stars dating each other, not in reel but real life. Linda Cardellini and Jason Segel, the co-stars of Freaks and Geeks also dated from 2001 to 2007. She also had a fling with Justin Rogina. The beautiful actress Linda was in a relationship with Nicholaus Goossen in the 90s when she was in her mid-twenties.

No one gets a second thought when it comes to Linda’s charm. It is the reason why many men were after her. But she found the love of her life, Steven Rodriguez with whom she was happy to welcome their lovely daughter Lilah-Rose.