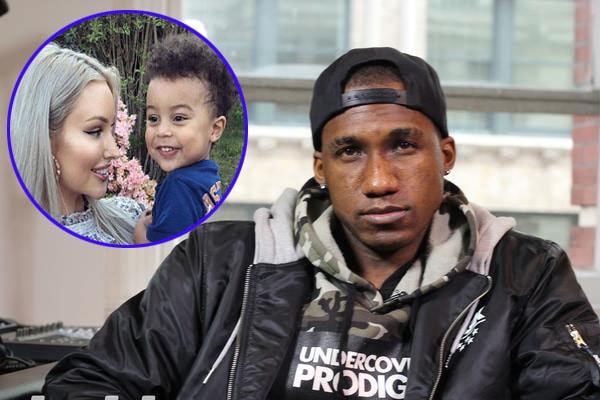 The Rapper Hopsin‘s love life involves his ex-girlfriend Alyce Madden who is now a baby mama of his son named Zade Ryker Lee. The former couple ended up their relationship with chaotic consequences. Alyce accused Hopsin of beating her and somehow, their break-up landed off on that reason. However, the rapper announced that it was fake.

Despite the fact, Hopsin feels bad about the chaos that happened between them and on top of that, having his son away from him, he feels completely unfair and hurt. At present, Hopsin’s son and his baby mama, Madden live in Australia and she isn’t allowing him to meet their son. The Australian has completely denied the visa for Hopsin due to his violence issues.

Rapper Hopsin Battles Over His Son

Even though Hopsin isn’t allowed to meet his son, he hasn’t lost his hope. A few times ago, Hopsin had released a music video titled  “III Mind of Hopsin 9,” which is dedicated to his son and baby mama. In the song, Hopsin has claimed that no matter how much he is far from his son, he will try his best to raise his son from distance.

The rapper has been battling over his son for a long time as Madden hasn’t allowed him to meet their son. Madden has accused Hopsin of physical violence for which he was jailed for some time. Since Hopsin has been prohibited from visiting his son, he uses his music to deliver his message to his son that he cares for him.

In his “III Mind of Hopsin 9,” song, the rapper specifically blames his ex-girlfriend Mayden for keeping the baby away from him. In an interview, Hopsin said that his relationship and having his son away left a damaging scar over him.

Hopsin’s ex-girlfriend, Mayden is a make-up artist. In the past, she had shared a video where she pledges Hopsin, the baby father, to leave her and her son, Zade alone. She further stated that Hopsin had abandoned her. Since every story has two sides, we have no idea what the truth is. Plus with Hopsin’s net worth, we wonder how much does he pay for child support?

Hopsin Wishes To Have His Old Life Back

The Low-Key rapper, Hopsin has gone through some crazy stuff over his child battle and legal issues. Recently he released a new music video, The Old Us where he pledges to be back again and has apologized. It looks like he wants to reconcile with his ex-girlfriend Madden. We wonder what she thinks about it.

Let’s hope everything gets well between Hopsin and his ex-girlfriend Alyce Madden.