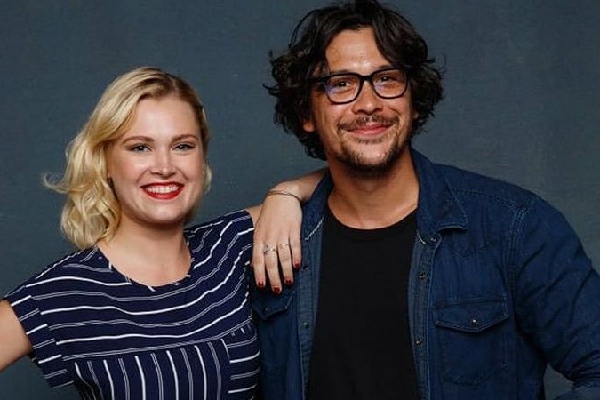 Australian actor Bob Morley and actress Eliza Taylor shocked all their fans and audience last year. If you don’t know who they are, Bob Morley, born Robert Alfred Morley, is an Australian actor and television director who received a nomination for the Most Popular New Male Talent Logie Award for his debut as Drew Curtis in Home and Away (2006). After his first big break, he was also cast in The Strip and Neighbours. His recent work is in the American post-apocalyptic drama The 100, where he starred as Bellamy Blake.

Now let’s come to the second character of the story- Eliza Taylor. Bob Morley’s wife Taylor is an Australian actress known for her work in the soap opera Neighbours. Among all her works, the drama series the 100 (2014 – 2020) brought her the most amount of success and fame. She starred as Clark Griffin on The CW apocalyptic drama, and that’s what ignited this story. If you are a great fan of this pair, you might have already gotten the gist of the story. But for the rest, continue reading the article to know what it is really about.

The On-Screen Relationship Of Bellarke

As aforementioned, this is where it all began. The 100’s actors Bob Morley and Eliza Taylor star opposite each other in the super thrilling science-fictional series. Morley and Taylor play Bellamy Blake and Clark Griffin, respectively. With this much information, you might have already guessed what ‘Bellarke’ actually is.

Bellarke is the name given to the pair by the fans who ship Bellamy and Clarke. In the series, the relationship between them starts out as antagonistic. Discord between them was not a new thing in the first few episodes. But with time, they develop a partnership, which later turns into a strong friendship. They both care for each other and saved each other’s lives a number of times, often putting their lives at risk. Their relationship had many ups and downs, mainly due to the fact that they have to move to different places. The writers describe their relationship as platonic love. But there’s something more surprising than this.

Continue reading the article to find out about the loving relationship between the married pair of Bob Morley and Eliza Taylor.

ALSO READ: Behind The Luxurious Life And Net Worth Of Singer Anne-Marie

The Surprise Wedding And Bellarke Is Real

Yes, a surprise wedding. The on-screen couple is together even behind the camera. They, supposedly, knew each other for a very long time, but until this show, they did not feel any spark of a romantic relationship. But after some months of completion of shooting the season finale of The 100, in June 2019, the couple announced their marriage. This news shocked many of us, and the Bellarke fans couldn’t be happier.

It’s through their wedding photo we found that Taylor wore a stunning lace dress and carried a bouquet of pretty flowers. Bob Morley also tweeted the good news, and their friends and acquaintance did not stop their warm wishes. Bob Morley’s wife Taylor also managed to share their love story through a detailed Instagram post. She wrote that they finished shooting in February 2019.

During that period, both of them were going through a tough time after the end of their previous relationships, and that’s when they felt the spark. Taylor was about to move into a new apartment with fellow actress Nina Dobrev in Vancouver. With that, Taylor and Morley eventually started bonding, even more, having the mutual pain of breaking up. They laughed, they cried. Basically, they started spending a lot of time together as friends. Until one day, Eliza Taylor’s husband Bob Morley asked her out on a date.

In April 2019, the couple talked about what they wanted in their lives and everything. They soon realized that they wanted the same things, i.e., to be with each other. A month after that conversation, in May 2019, the pair shared their I Dos on a mountain top in Hawaii.

How Is The Couple Doing?

As of now, they have jointly bought a house and farm in Australia- as they had always wanted. They are living happily in their sweet home, and, most importantly, they haven’t stopped loving each other even an ounce less. Bob and Eliza celebrated their first wedding anniversary in May 2020. Taylor posted a sweet photo of themselves with an even sweeter caption.

The couple has been through a lot and has been by each other’s side through good and bad times. We wish them a lifelong togetherness and cannot wait to hear some good news really soon.