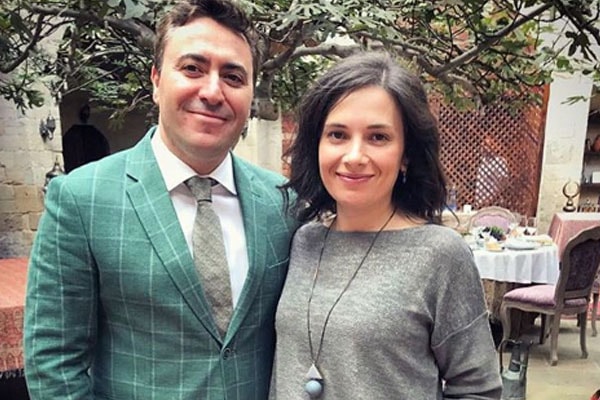 Olga Gringolts is Maxim Vengerov’s wife who was born in Russia and is an art historian. Maxim married wife Olga in 2011 and the duo together have two daughters.

Moreover, Olga Gringolts is the sister of the famous Russian violinist and composer, Ilya Gringolts.

Maxim Vengerov recently posted a picture with his wife, Olga Gringolts, and Gautier Capucon after the concert party in Monaco.

So far, it has been known that the couple is parents to two children, both of them daughters. The name of one of their daughters is Yelizaveta Vengerova.  In 2012, Olga Gringolts had uploaded her Facebook’s profile picture with their elder daughter’s photo.

In July 2013, Olga Gringolts gave birth to the couple’s second child. But the husband-wife duo has not disclosed further information on their daughters. Hence, the girls are living a very normal life like any other kids their age.

Maxim Vengerov’s wife is on Facebook. She seems to be hardly active or has kept high privacy on the page. She doesn’t have a twitter or an Instagram account. Maxim Vengerov, on the other hand, is quite active on his Instagram and frequently posts pictures with wife on their concert tours.

It is apparent that the couple has chosen to lead their personal lives in seclusion. We respect their choice of living and wish them all the happiness in the days to come.

Follow Ecelebritymirror for the latest News on Celebrity Babies and Entertainment.