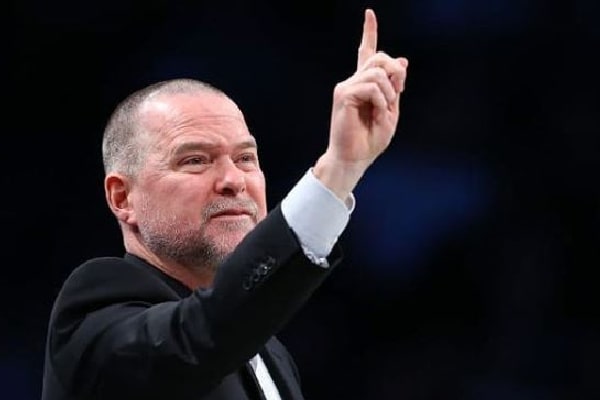 Michael and Jocelyn have been together for more than two decades. Image Source: Social Media.

Michael Malone is a well-known name in the National Basketball Association(NBA). The 2019 NBA All-Star Game head coach is famous for being the second father-son duo to have coached an NBA team. Currently working as the head coach of the NBA team Denver Nuggets, he was also hired by the Serbian national team coaching staff as a consultant for the Olympic Qualifying Tournament.

Michael’s in-game life is pretty much known to most people, but there is not much information floating about his personal life. Michael is married to his wife Jocelyn Malone, but due to the couple’s extreme privacy, not much information has surfaced in the media. Keeping this in mind, we have gathered some interesting things about Michael Malone’s wife Jocelyn that you might not have known beforehand.

Jocelyn Malone and Michael Malone have been married for more than two decades. The couple tied the knot back in 1998 and have been together ever since. Their relationship has been steadier than ever, and the two are likely to have a beautiful life in the very long run. Both of them are very supportive of each other and know each other’s priorities very well.

Jocelyn does make an appearance now and then with her husband in award ceremonies to games. Jocelyn and Michael are very close to each other, so much so that he was furious when he did not get to bring his wife and family to the NBA bubble in the 2020 NBA season.

Denver coach Mike Malone points out that it’s Day 60 in the bubble and he thinks it’s “criminal in nature” for the NBA not to let coaches bring in families. “I say shame on you, NBA. This is crazy. I miss my family.” pic.twitter.com/oBTve7zB3m

Michael Malone’s Wife Jocelyn Is A Mother Of Two

After marrying in 1998, the couple has given birth to two beautiful girls, Caitlin Malone and Bridget Malone. Both of them are in their teens and are growing up like a charm. But due to the couple’s privacy, not much is known about them. Both Caitlin and Bridget are lucky to have such loving and caring parents in the form of Michael and Jocelyn.

As both of Michael Malone’s daughters continue to grow, they are also getting full support from him to choose whichever field they want to pursue their career. While their father is a well-known athlete, their mother worked as a teacher. Michael Malone’s wife Jocelyn also has an athletic background as she used to play volleyball during her time at Providence College. She and Michael went through emotional distress following the school shooting in Denver. That was definitely a hard time for both of them.

While Joicelyn’s husband, Michael Malone, is famous all over the world among basketball fans, Jocelyn remains withdrawn from the media attention. She sure is not a big fan of social media. The whole Malone family does not seem to be interested in social media. Jocelyn’s only appearances in the media are with her husband during different ceremonies.

The Malone family must be concerned about the unwanted attention that may arise to their children due to social media. As both of their children are growing up, they don’t want anything that may harm their growth. While most NBA coaches’ wives are fond of social media, Jocelyn sure is very private about her life.