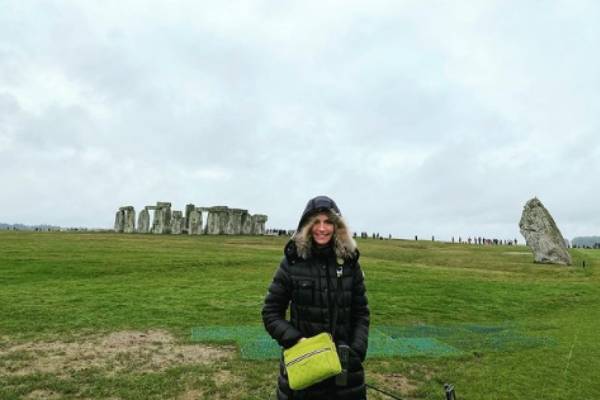 Michelle Denise Beadle is best recognized for her work with ESPN as a sports reporter and host. In addition, Michelle Beadle was a former co-host of Get Up!, a morning sports show.

We can all agree that Michelle has gained widespread popularity because of her works. Owing to her popularity, the media has also emphasized her personal life. Yet, little information about her life is available online, with the exception of her previous relationship with actor Steve Kazee.

So, in this article, let us learn more about Michelle Beadle’s boyfriends. Moreover, let us also find out if she has moved on and married someone else since her breakup.

Was In A Relationship With Steve Kazee

Steve Kazee is a Tony Award-winning actor and singer. The world best recognizes him for his role in the musical Once. However, while his professional career has been on the rise since his debut, his personal life has not fared as well. As a result, Kazee has been linked with numerous partners.

And one such personality Steve has been linked to is no other than former ESPN host Michelle Beadle. In a now-deleted video posted by ESPN, Beadles’s ex-boyfriend shared his experience living with the ex-host. Moreover, the ex-lovers frequently attended public events and award ceremonies together.

While it is common knowledge that Steve Kazee was once Michelle Beadle’s boyfriend, the exact date when the now broken-up couple began going out is uncertain. However, many news sources suggest that the two dated for a long time before they split in 2016. Following this, Michelle confirmed their breakup in a Twitter post.

Apart from that, the former partners have opted not to talk about the specifics of their relationship. Consequently, why the once love-smitten pair decided to call it quits remains a mystery. Similarly, whether their decision to separate was mutual or if one of them initiated it is unknown.

For now, let us wish them well and hope that they prosper in their respective career.

Michelle’s personal life has been in the spotlight since she began dating Steve. While the ex-pair were together, many of their admirers expected them to marry. However, no news of their engagement reached the general public. And before such information could make headlines, the pair ended things.

Beadle traveled extensively and frequently expressed her excitement at being single through her Instagram posts following her breakup with the actor. Moreover, she launched her new podcast What Did I Miss?, in collaboration with The Athletic. Well, it looks like her career is Beadle’s main priority at the moment.

Nonetheless, Michelle has revealed that she is in a relationship. However, the former host is keeping her relationship low-key this time around. Additionally, she has not shared any pictures of her lover on her social media accounts. Consequently, Beadle’s current beau’s identity is still under the radar.

Therefore, the public might have to wait a bit longer to find out who Michelle Beadle’s boyfriend is. Still, let us hope that we won’t have to wait long to find out about the gentleman who has stolen her heart.

Michelle Beadle’s Ex-Boyfriend Has Moved On

Aforementioned, Michelle has moved on with a new lover but is keeping her relationship private. Similarly, her ex-partner, too, found the love of his life. Beadle’s ex-boyfriend, Steve, got engaged to actress and dancer Jenna Dewan in February of 2020. The pair started dating in October 2018, only months after Dewan split with Channing Tatum.

Moreover, Michelle’s former partner and his sweetheart revealed they were expecting their first child together in an interview. The couple then welcomed a son Callum Michael Rebel into their family on March 6, 2020.

Taking a look at Kazee’s Instagram, it’s clear that he treasures his time with his little one. Similarly, the actor has posted numerous photos of his fiancee with sweet and affectionate messages. Furthermore, the engaged couple attends award shows and events together.

While Michelle Beadle’s ex-boyfriend is open about his relationship with Dewan, the former host has opted to keep her new love a secret. Nonetheless, we wish the couple well and hope to know more about Michelle Beadle’s boyfriend sooner rather than later.