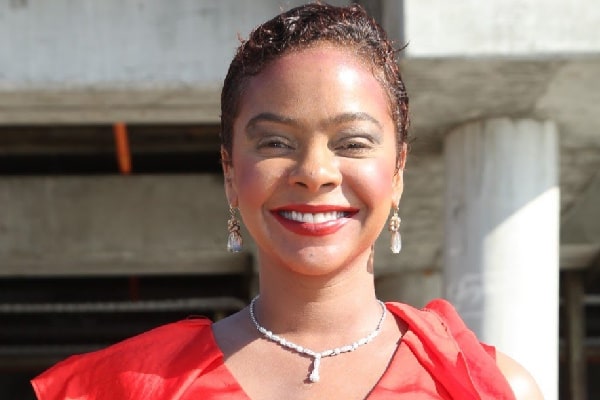 Lark Voorhies is an actress who rose to fame after appearing on the NBC sitcom Saved By The Bell. She was also chosen for the Young Artist Award six times, amongst which she bagged two awards in the early 90s.

Besides having a remarkable career, the talented actress seems to be out of luck in terms of relationships. She married thrice, and all of them have ended in divorce. Therefore, we shall talk about Lark Voorhies’ ex-husband, Miguel Coleman, who also happens to be involved in the entertainment industry.

Lark has a good eye for men but fails at maintaining a marriage. Well, let’s keep that aside for a moment and talk about her handsome former beau, Miguel Coleman. He happens to be involved in the entertainment industry and has at least nine credits as an actor and two as a producer on IMDb.

Furthermore, Coleman appeared on series like Finding My Obama, Eve, American Dreams, In The House, etc. Similarly, he also worked as a line producer in five episodes of Lemmings. Also, Lark Voorhies’ ex-husband, Miguel Comlem’s work in the show, The Lazy Assassin, is widely acknowledged.

As of now, Miguel Coleman is working as an Artistic Director at BetterYouth.org. Moreover, he juggled his time as a Uber Driver and his position at the organization until 2016. By the way, Coleman studied playwriting and screenwriting in the Los Angeles City College and learned to hustle in life.

Well, all the hard works have finally paid off as Miguel happened to work on some projects like The Lazy Assassin, which boosted his career fairly.

So, is there anything about Lark Voorhies and Miguel Coleman’s marriage? Let’s find out.

Lark And Miguel Were Married In 1996

Well, Lark Voorhies, despite being a massive television personality, prioritizes her privacy very much. Therefore, details about former partners and their marriage details are mostly unavailable, except for Jimmy Green.

Lark and Miguel Coleman got married on 9 March 1996. Most details about their marriage are kept confidential, but they were very supportive of one another. Unfortunately, marriage, like temples, is high maintenance. One must take time and dedication to maintain the neatness and harmony to make it a sanctuary. Sadly, not every people mastered the art of nurturing another human being, and thus ‘divorces’ happen.

The former couple, Lark Voorhies and Miguel Coleman decided to split in 2001. They were married for five years and did not have any children together. Well, Lark was heartbroken by the split. Well, after the separation, Lark and Miguel finally got divorced in 2004.

According to People, the Saved By The Bell actress Lark was devastated and described the divorce as “a point of great depression.” Anyone could feel restless if they lost their grip on their career and also had to face a failed marriage. Either way, Lark Voorhies carried herself with grace and continued to give her best for the entertainment world.

On the other hand, Lark Voorhies’ ex-husband continued to maintain his privacy and live in prosperity. Though the couple does not share any kids, not that we have heard any, let’s hope Miguel Coleman is living an extraordinary life as an Artistic Director.