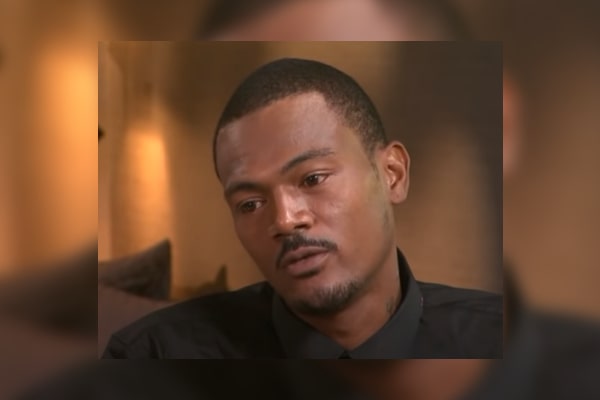 Born in Nashville, Tennesse, Lark Holloway entered into Hollywood with big dreams and began using her stage name, ‘ Lark Voorhies.’ She joined the world of the silver screen at the young age of 12 and appeared in several commercials. She gradually reached the top playing Lisa Marie Turtle on Saved By The Bell and bagged two Young Artist Awards for her performances.

Except for her blossomed career, Lark Voorhies always had a bit of bad luck in marriage. She married three men, and all of them ended up in divorce. Although Lark prefers to keep her relationship details private, many of her fans are keen to learn more about the actress and her love lives. Therefore, we are making things easy for them and providing a few facts about Lark Voorhies’ ex-husband, Jimmy Green.

Sky ate him. Nah, actress Lark Voorhies’ ex-spouse, Jimmy Green, seems to be a private person as he stays away from social media. But boy, did he manage to compel the press to run after him after his controversial past surfaced unexpectedly. Furthermore, before marrying Jimmy, Lark was previously married to Andy Prince, and before that to Miguel Coleman.

It turns out Lark Voorhies’ former partner had a tumultuous past. Jimmy admitted to being a gang member and was a wanted criminal in Tuscon, Arizona. Furthermore, an arrest warrant was issued after Green failed to appear in court for threatening to kill a store owner.

Moreover, Jimmy revealed that he is a changed man and confessed his past behavior was just a misdemeanor. Well, 46-year-old actress Lark reportedly knew about his past before tying knots with him. However, their relationship did not even cross a year mark, and Lark Voorhies’ ex-husband chose to stay away from the limelight. Therefore, the music engineer, Jimmy Green, is living a private life away from social media.

Where do you think is Lark Voorhies’ ex-husband, Jimmy Green? While you write down in the comment section, care reading about their secret marriage in Las Vegas.

What Happened In Vegas Lasted For About 6 Months

Aforementioned, the former couple, Lark Voorhies and Jimmy Green, got married in Las Vegas. Furthermore, some claim that the former lovers met on Facebook while a few maintain they met at a musical event. Well, the couple met in 2014 for sure and started dating right away.

Although there isn’t much on the past pair’s relationship, they reportedly dated for around a year. After their brief relationship, Lark and Jimmy decided to elope to Vegas and exchange vows secretly. Moreover, Lark Voorhies’ intimate marriage took place at the chapel with a few witnesses. Furthermore, TMZ reported that the Saved By the Bell actress was photographed with her new beau at the time, wearing a floppy hat, floral dress, and sunglasses.

Unlike Friends’ characters, Ross and Rachel, Lark and Jimmy were conscious about their decision and got married. However, their marriage lasted only six months before Lark filed for divorce in October 2015, citing irreconcilable differences. And looking at the pair’s relationship history, trust us, it was the best.

Also Read About: Who Might Be David Lee Roth’s Wife?

Divorces are not always amicable. Lark Voorhies’ divorce with her former partner, Jimmy Green, is an example of the ‘non-amicable’ divorces as it turned out pretty brutal.

Despite maintaining silence about her divorce in the early days, Lark finally threw her former husband under the bus after posting a picture on her Instagram. She slammed his behavior and even talked about his private parts in the caption.

Lark captioned her photo with extreme disgust as she said that ‘no s*x tape exists,’ and also bashed his financial state. She further went on to rant about his gang involvement, and losing a Taco bell job was one hell of a sarcasm. Well, if you think that’s it, the Saved by the Bell alum was yet to criticize his private parts.

Well, that was some severe rant Lark came up with before choosing an utter silence. Although the post is deleted and was said to be from a hacker, the impact it left still hits different. Furthermore, do you believe that families spot a wrong companion before you do? The same was the case with Lark’s mother, Tricia Holloway, who had problems with her daughter’s relationship with Green.

Moreover, Lark Voorhies’ mother even filed for a restraining order against her ex-husband as she feared for her life. Things are all well and silent since both former partners keep their distance and maintain a private life. However, we would love to hear more of Voorhies’ former partner, Jimmy Green’s whereabouts.