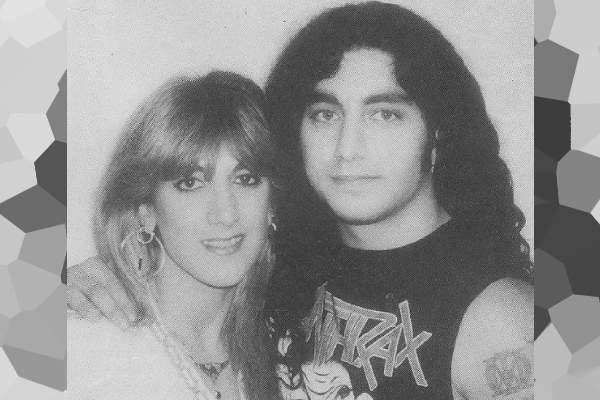 Devoted fans of the famous progressive metal band Dream Theater will not fail to recognize Mike Portnoy. Born Michael Stephen Portnoy, he is an American musician mainly known for being the band’s former drummer. In addition, he was one of the founding members and a backing vocalist.

The musician left Dream Theater in 2010 and has remained active with a number of other bands. Aside from enjoying a successful career in the music industry, Portnoy enjoys a blissful life with his missus and children. Today, we will be learning about Mike Portnoy’s wife, Marlene Portnoy.

Was Also A Member Of A Band

As the title suggests, Mike Portnoy’s partner, whose maiden name is Marlene Apuzzo, was also a founding member of an American all-female thrash metal band named Meanstreak. She was a guitarist and co-founded the band with another guitarist, Rena Sands.

Unfortunately, the band disbanded in 1994 after being active for only about nine years since 1985. It was one of the first all-female thrash metal bands to exist in history. Meanstreak released only one album before their split-up, titled Roadkill in 1988. Other than the songs in the album, the band has a few tracks under their name as well.

Met The Drummer Through A Mutual Friend

As per a post on Facebook, Mike became very good friends with Meanstreak’s drummer, Yael Devan, and bassist Lisa Pace around 1988/89. Along with his bandmate John Petrucci, he once attended the Foundations Forum Music Convention in LA to meet Yael.

The latter eventually brought the two guitarists of her band, Marlene and Rena, to hang out with the guys. And that was how Mike and Marlene were introduced to each other. After a few days, the two started dating. Then, a few years later, the lovebirds decided to take their relationship to the next stage. The couple exchanged their wedding vows in July 1994.

The husband-wife duo has been married to each other for almost three decades and will be celebrating their 28th wedding anniversary in July 2022. The lovebirds frequently upload pictures with each other on their social media handles.

Mike Portnoy’s Wife Is A Mother Of Two

After their marriage in 1994, the couple welcomed two children together. They share a daughter named Melody Ruthandrea Portnoy and a son named Max John Portnoy. Melody was born in 1997, whereas Max arrived in 1999.

Mike Portnoy’s daughter is an NYC-based actor and singer. She began taking private vocal lessons and competing at seven. On the other hand, Mike’s son, Max, is a drummer in a band called Tallah. He often wears a mask while performing on the stage.

The Portnoy siblings have all grown up to be fine young adults. Both have their social media accounts, in addition, their mother, Marlene, also posts pictures of them on her Instagram handle. She loves and adores her little ones so much and even has “Melody and Max’s Momma” written on her Instagram bio.

Anyway, Mike Portnoy’s wife must be living a satisfying life with him and their children. With his fortune worth $8 million, he must provide the best for his family. Nonetheless, we wish the musician continues to lead a happy and prosperous life ahead with his loved ones.