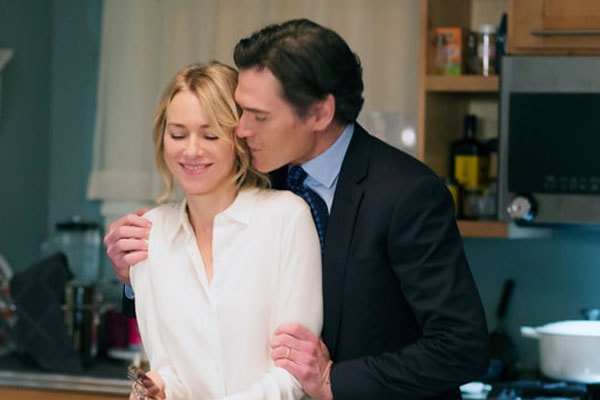 Actress Naomi Watts is dating fellow actor Billy Crudup after her split with partner and baby father Liev Schreiber. The fellow co-stars who worked together as a husband and wife in Gypsy, a web TV series are now dating in reality too.

Naomi was engaged with her ex-fiance Liev Schreiber for over eight years, and in September 2016 they parted ways. The reason behind the split has not been disclosed yet. The ex-couple shares two sons Alexander “Sasha” Pete and Samuel Kai. Despite going different ways Liev and Naomi still have an amicable relationship. Former Wife of Marlon Wayans, Angelica Zachary also has a friendly relationship with ex-husband Marlon.

The couple, Naomi Watts and boyfriend Billy Crudup were being romantically linked after ten months of the split with ex-boyfriend Liev Schreiber. Naomi Watts’ boyfriend Crudup and she was first seen together in the last year of March in New York City. The duo was heading towards a sushi spot for lunch.

As mentioned earlier Naomi and Billy were paired as wife and husband in Gypsy, and their on-screen romance eventually led to the off-screen relationship. It seems the lovebirds never seem to be leaving each others’ sides. They can be spotted in different places whether if it be holding hands or sharing a passionate kiss. And looking at the bond between the two we can presume how much they are into one another.

The new couple of Naomi Watts and her boyfriend Billy Crudup simply can’t keep their hands off each other, can they?

Life After Break Up

Breaking up with someone who has been with you for over a decade is a hard thing to do. And so is the case with Naomi Watts’ ex-partner Liev Schreiber. It was difficult for Liev to move on after breaking up with Naomi. Liev states that he hates change and hates adjusting. The actor further added that he struggled for over a year.

It seems the things were a lot easier for Naomi. For the time being, Liev Schreiber is rumored to be dating Taylor Niesen, Miss South Dakota.

The gorgeous actress Naomi also dated Late actor Heath Ledger and Stephen Hopkins. And as for Naomi Watts’ boyfriend, Billy Crudup, he was in a relationship with actress Claire Danes and Mary-Louise Parker.