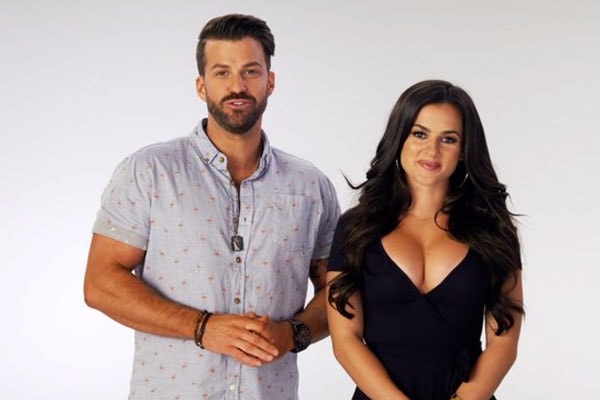 It looks like the lovely pair of Johnny and Natalie were not just a showmance and were real all along. The new host of NBC’s Show 1st Look, Johnny, Bananas is a long-standing and legendary star of a reality show on MTV, The Challenge. Whereas Natalie Negrotti is also a star of the show The Challenge and CBS’ Big Brother 18.

After breaking up with girlfriend Hannah Teter, Johnny was back in the game. Just sometime earlier, Johnny Bananas was flirting with the beautiful Natalie, and now the lovely couple is dating and going out on a cozy date. Johnny had his eyes fixated on the gorgeous Natalie from the very beginning.

Soon after, Johnny asks Natalie to teach him her first language of Spanish. Further Bananas adds if she needs emotional support then he will be there. You can see Johnny hitting on Natalie in one of the sneaks peeks of The Challenge.

There was some instant connection between the beautiful Natalie and her boyfriend, Johnny. Since Natalie has been in a couple of shows and gained popularity, people often ask questions regarding Natalie Negrotti’s Net worth.

While on a date at Zuma in New York City, the lovely pair of Natalie Negrotti and Johnny Bananas looked pretty comfortable to their fans. Even after the end of the show, Johnny and Natalie are insanely close like they were on the show. As the adorable couple was seeing kissing, Johnny humorously later tweeted that he was checking out her dental work.

After the breakup, Johnny stated that he is single and naked as the day he was born to let everyone know that he is ready.

Johnny and Natalie Broken Up?

Recently the Big Brother alum Natalie Negrotti came out of the closet as a pansexual and is dating a woman. It had been a long battle of 28-years claimed Natalie.

Accepting myself as I was designed led me to the day I stopped trying to fit into a world that never really fit with me and gave me the chance to blossom into the person I am today #selflove pic.twitter.com/6TLEz1ae86

So does that mean Johnny Bananas and Natalie Negrotti have broken up? Or are they still together? Either of the parties has not made any official statement.

Pansexual means that one is not limited to sexual choice. So Natalie could still be dating Johhny and also having an affair with someone else whom she referred as her girlfriend.