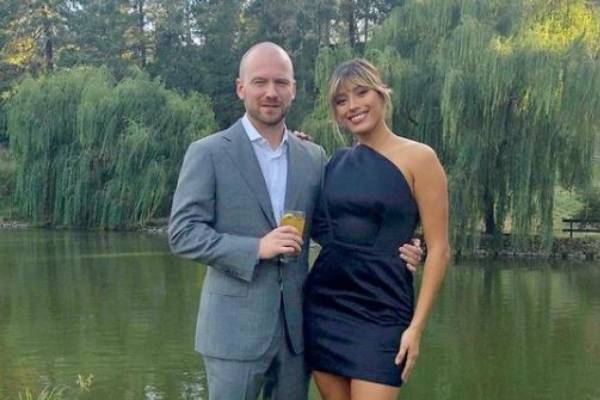 Natasha Martinez, also recognized as Natasha Alexis Martinez, is a television personality who has been part of the entertainment world for years. She is a former Miss USA participant and has appeared in numerous shows.

In addition to her profession, Natasha also came into the limelight due to her connection to the Hot Ones host, Sean Evans. And many of their fans were interested to know if the pair were dating.

So, who is Natasha Martinez, and is she still Sean Evans’ girlfriend? Stick with us to find out.

Also Read: Find Out Who Is Patrick Kane’s Girlfriend

Who Is Natasha Martinez?

While Natasha Alexis Martinez is best known as Sean Evans’s girlfriend, she has was already a well-known television personality. Martinez was Miss California USA and participated in the 2015 Miss USA event. She has a BA in Broadcast Journalism, which has helped further her career in the industry.

Martinez, who was born and brought up in California, was also a Los Angeles Laker Girl but has now focussed her career in journalism. She has worked for numerous companies, including Complex, Bustle, Just Jared, E! News, and Entertainment Tonight.

Moreover, as a Latina, Natasha Alexis has produced and hosted shows for American Latino TV. She has also helped uplift the Latinx community in the business and is passionate about equal and proper representation.

First Seen Together In 2018

Both Natasha Alexis Martinez and Sean Evans found fame in the mid-2010s due to their respective career. However, it wasn’t until 2018, the pair were noticed together. Evans, who was pretty secretive about his life, first shared a picture with Martinez wishing her a Happy Birthday.

After this, Sean did not hesitate to showcase his love for his girlfriend and continued to include her in his Instagram feed. Moreover, Natasha was also seen accompanying Evans to various galas and award shows.

Uses Social Media To Show Her Love For Sean

Aforementioned, Natasha Martinez was first seen as Sean Evans’ girlfriend in 2018. After this, she was a constant face on his social media feeds as well as Sean’s date to various events.

As for Natasha, she too used her social media pages to show off her relationship. While her Instagram is devoid of any pictures of her boyfriend, she has shared beautiful photos and words on her Twitter.

However, the couple is yet to talk about their relationship and reveal how and when they met. Let’s hope we get to find out more about the pair in the coming days.

Since their relationship became public in 2018, both Sean Evans and his girlfriend, Natasha, have been under the scrutiny of their fans. Moreover, the pair is fairly private about their relationship, so people are even more interested to know more about them.

Therefore, some eagle-eyed fans noticed that neither Sean nor Natasha has shared any new pictures of each other since early 2020. Furthermore, while both of them are active on their respective profiles, they have not shared much about their personal lives.

Due to this reason, many questioned that if Natasha Martinez is still Sean Evans’ girlfriend. With their love for privacy, one can only guess that they have either separated quietly or just want to keep their relationship even quieter.

There is no official confirmation about the pair’s relationship status, but we hope that both Natasha Alexis Martinez and Sean Evans are doing well for themselves.