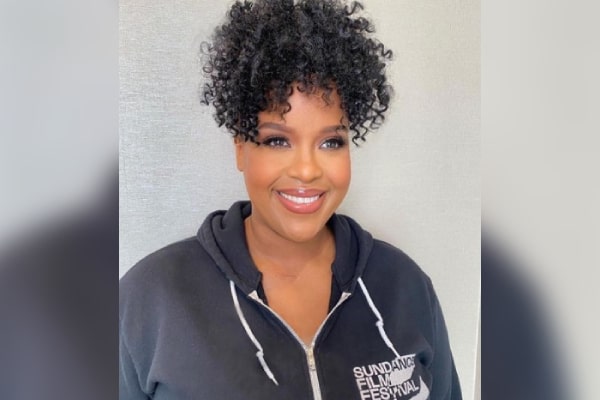 Natasha Rothwell is a high school drama teacher who turned actress and comedian. She can steal the spotlight no matter how small her role is. The Black Reel Awards winner started her career in 2013 and has marked her name as a writer, producer, and actress.

As a result of all the fame she has accumulated in the industry, her fans are curious to know about her love life too. The 41-year-old lady once said she was dating the talented British actor Idris Elba. So, was the actor ever Natasha Rothwell’s boyfriend? Here is what we know about them.

Natasha Rothwell’s few tweets have become big news related to her love life. As per Popsugar, the A Year and Change star once tweeted that Idris Elba is her boyfriend. However, it turned out that her statement was just a joke.

Furthermore, the actress has also shared some other information that attracted the attention of everyone. For instance, in May 2013, she implied that she was a married CPA. Interestingly, the actress played the role of a CPA in the 2016-2021 television series Insecure.

Tonight I’m a married CPA working late because it’s tax season. I’m a personal question away from faking a call to my husband. #ChattyCabbie

After all the interesting tweets about her lovelife, the former Saturday Night Live writer was not in a relationship with anyone. She has neither been married nor in a relationship with anyone. Therefore, we can relate her humorous updates only to her real-life comedic skills. Currently, there are no updates about Natasha Rothwell’s boyfriend or spouse on her social media, even as a joke.

Besides, Idris Elba is a proud father of two kids, Isan Elba and Winston Elba. In addition, he has been happily married to Sabrina Dhowre since 2019. Some other names that have been linked with the Pacific Rim star include Hanne Norgaard, Sonya Nicole Hamlin, and Naiyana Garth.

Who Is Idris Elba?

Idris Elba is a household name in the American film industry. He was born in the London Borough of Hackney and grew up in Hackney and East Ham. After starting his acting career in school, he has come a long way. During his early career, he worked odd jobs, including tire-fitting, cold-calling, and night shifts at Ford Dagenham.

However, Elba didn’t stop chasing his dream, continued participating in auditions, and landed his first role in the British television program Crimewatch. Eventually, he has now established himself as one of the most accomplished actors with a massive fortune of $40 million.

Natasha Rothwell joined the HBO show Insecure on 9 October 2016. The actress played a story editor/writer, supporting and recurring cast in the first season. When the star returned for the second season with a physically improvised version of herself, everyone was in aww. Apart from her astounding weight loss achievement, she was promoted to a regular-season act. Her fans and media took their social media to show their appreciation.

Additionally, Natasha portrayed the role of Kelli and she became pregnant. In her on-screen life, the actress seems to have prioritized being a mother. Besides she was married and worked as a CPA in the series. But in her real life, she seems to be focusing on her career.

Nonetheless, the tweets about Natasha Rothwell’s boyfriend and husband are just jokes. In reality, the talented actress, writer, and comedian is enjoying solitude to the fullest. Only time will tell, who her partner is. We wish her a more successful career and a happy life ahead.