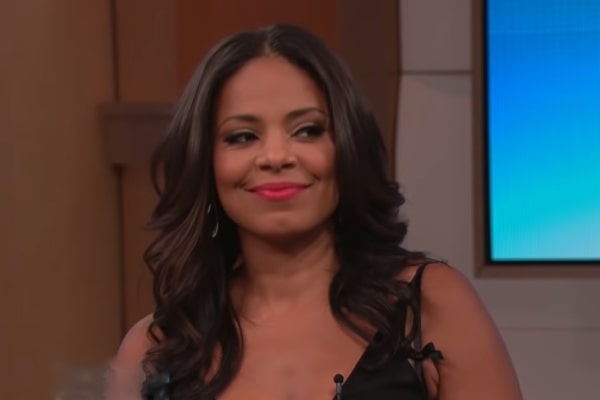 Sanaa McCoy Lathan, shortly, Sanaa Lathan is an American actress. She is best known for her role in Alien vs. Predator, Love and Basketball, Something New, and Blade. She has won and been nominated for prestigious awards, including NAACP Image Award and Black Reel Award. Besides, Sanaa is the daughter of actress Eleanor McCoy and movie director Stan Lathan.

Talking about the beautiful lady’s personal life, she has dated several men. However, she is not married to anyone. So, is Sanaa Lathan currently dating anyone? Let’s learn more about the New York native actress’ love life, including her dating history.

Sanaa Lathan starred in the movie Out of Times with Denzel Washington. There was a huge rumor about them being more than friends at that time. But the actress publicly denied the claim. Instead, she said, the rumor started because she had a love scene with the actor in the movie and assumed it to be real life. Not only that, many people started calling the beautiful lady’s mother saying she was pregnant with Denzel’s child.

Moreover, the Something New star dated Boris Kodjoe, an Austrian-American actor, producer, and former model. The former couple starred together in Brown Sugar. But interestingly, it was not at the set of the movie they met first. Apparently, they were ex-lovers who dated back in 1993, and the relationship was short-term.

Omar Epps was Sanaa Lathan’s boyfriend while filming the movie Love & Basketball. As per Creeto, the ex-pair kept their bond private as they didn’t want to hinder the movie-making process. Later, the lovebirds attended film events together. Unfortunately, their bond also didn’t last long. For now, Omar is happily married to Keisha Spivey.

The gorgeous lady has also dated football players. She dated Terrell Owens for about a year, and they were head over heels for each other, but after a short time, they broke up. Afterward, Lathan dated another athlete, Adewale Ogunleye, for four years, from 2005 to 2009. Immediately after separating from the actress, Adewale moved on fast and started dating Kelis.

Furthermore, Sanaa’s selfie in Tyrese Gibson‘s house sparked rumors about them being an item back in the early 2010s. However, none of them officially confirmed their bond. So, did they date or not? Well, the answer is still a mystery. Around 2015, the rumor about French Montana and the Blade actress’ came to the surface. Both parties avoided talking about their bond.

Was Engaged With Steve Rifkind

Among all the men Lathan dated, her relationship with Steve Rifkind was different as they got engaged. The pair first got together in July 2009 and exchanged rings in February 2010. A year after their engagement, they parted ways in April 2011.

Apart from her love life, The Family Guy star has many other interesting rumors. Around 2018 Tiffany Haddish claimed that Sanaa bit Beyonce. Later the actress addressed the rumor with a Twitter post.

Y’all are funny. Under no circumstances did I bite Beyonce and if I did it would’ve been a love bite 💋

As per Us Magazine, Sanaa said she adores Beyonce and would never do anything malicious like that to her or anyone. The actress further added it’s so bizarre and thought it was the funniest thing ever.

Who Is Sanaa Lathan Dating Now?

Sanaa Lathan’s parents gave birth to her on 19 September 1971. She grew up to be one of the most successful actresses in the industry. Despite all the fame and attention, the actress has successfully kept her love life away from the media.

Furthermore, the stunning lady avoids talking about her personal life. She kindly refuses questions regarding her personal life. Thus, she might be dating in private. So, who is Sanaa Lathan’s boyfriend now? Well, let’s hope to hear an update soon in the coming days.

The alluring actress Sanaa is single because she chooses to be. In a talk with USA Today in 2015, Lathan said that she was really happy. It’s not like there were people who wouldn’t want to be with her. But as she worked so hard to create her life, she thinks she is in a pretty good place.

The Perfect Guy star went on and said if she have a partner to walk through life, that would be great, but if that doesn’t happen, she feels great as she has great friends and great family. Whoever will be Sanaa Lathan’s boyfriend, that person will be a lucky one.

Nonetheless, Sanaa Lathan has accomplished great success in her professional life. In addition, she prefers to remain silent about her personal life. We wish the talented actress a prosperous life ahead.