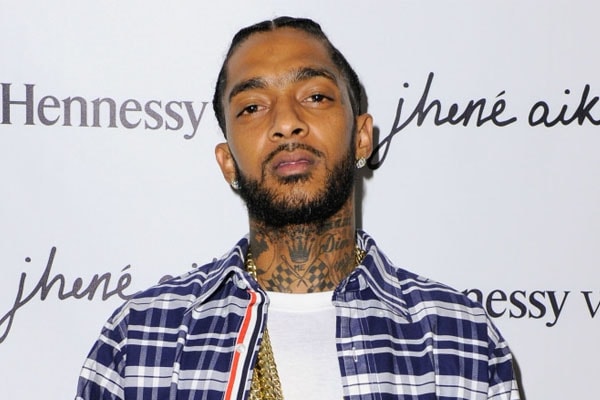 Ermias Asghedom a.k.a. Nipsey Hussle‘s net worth is estimated at $4.5 million. The American recording artist Nipsey Hussle debuted with his mixtape titled Slauson Boy Volume 1 in 2005. Since his debut, he has been actively working in the industry releasing hit songs every year.

During a decade long career as a rapper, Nipsey Hussle has collaborated with notable rappers such as Drake, Snoop Dogg, Problem to name a few.

Nipsey Hussle’s net worth is estimated to be $4.5 million. The rapper has amassed most of his fortunes from his musical career. His hit songs and mixtapes are the primary sources of his big money. Since his debut in 2005, Nipsey Hussle has been releasing lit songs and albums which have earned him both fame and fortune.

Nipsey Hussle’s first studio album Victory Lap released in 2018 was successful to claim him a spot as a nominee in the 61st Annual Grammy Awards in 2019. He has altogether released twelve mixtapes from 2005 to 2017. The rapper has also released more than four dozen of singles most of them featuring various artists.

The You Broke rapper Nipsey Hussle also owns a record label All Money In. As per Billboard, the rapper made a deal with Atlantic Records, and his album Victory Lap is the first release under the exclusive multi-album deal of the two company. In 2018, he went on a Victory Lap nationwide tour which must have certainly bagged him a good sum of money.

The famous rapper Nipsey Hussle’s net worth has been increasing with his involvement in different sectors.