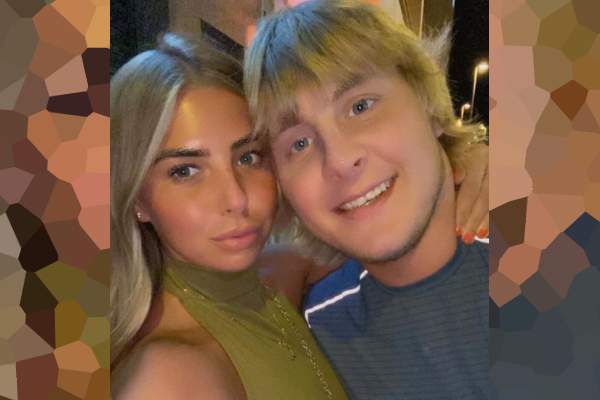 Patrick Mark Pimblett, aka Paddy Pimblett, is an English mixed martial artist. Mostly known by the stage name, Paddy The Baddy, he presently competes in the lightweight of the Ultimate Fighting Championship. He has been a professional fighter since 2012 and is a former Cage Warriors Featherweight Champion.

Fans of the 27-year-old know that he is blissfully in a romantic relationship with his longtime girlfriend. Moreover, they should also be aware that his lover is soon going to be his wife. However, some people might not even know that he is engaged and might be curious to learn about his partner. Hence, we will learn more about Paddy Pimblett’s fiancée, Laura Gregory.

Who Is Laura Gregory?

Well, the UFC fighter has not revealed much information about his soon-to-be wife, Laura. However, the latter has a public Instagram account with over 28.7K followers, where she regularly posts about herself. From a few of her posts, we can tell that she was born in May of 1996 and that she is currently 26 years old. She has an elder brother by the name of Craig Gregory, who is about five years older than her, born in April of 1991.

In addition, the 26-year-old also has a Facebook handle, from which we know that she currently lives in Liverpool and works at Liverpool Community Health NHS Trust. Nonetheless, Paddy Pimblett’s girlfriend Laura appears to be a lovely and expressive person. She seems to enjoy expressing her love and appreciation for her close ones by posting about them on her Instagram. Also, from the comments on her posts, it is evident that Pimblett’s fiancée is loved by the people around her as well.

Been Together For Over Ten Years

Unfortunately, it is difficult to know when and where the lovebirds met each other. However, the couple has been together for over a decade. As per the caption of an image on Laura’s IG, the two started dating in 2011 and they celebrate their anniversary in September. In addition, the duo doesn’t shy away from publicly expressing their love and appreciation for one another.

The adorable pair frequently upload photos with each other on their social media handles. The soon-to-be husband and wife also seem to enjoy traveling together. For instance, the couple has been to Thailand, Spain, Turkey, Dominican Republic, and many more. In fact, some of Laura’s first pictures on her Instagram are with her fiancé, Paddy, of their fun vacation in Thailand.

On holiday together on Phi Phi Islands, Thailand, the martial artist went down on a knee to ask his then-girlfriend to be his wife. The couple finally got engaged in February 2020 after dating for over eight years. It was a big surprise for Laura and must have been a lovely moment for the smitten pair.

Nonetheless, the soon-to-be bride said yes, and the pair have been engaged for more than two years. In addition, wedding bells are around the corner as the lovebirds are in the middle of preparing for their big day. The duo will be tying the knot in the upcoming spring, in May of 2023, which is about ten months away. Paddy Pimblett’s fiancée recently revealed that she has already picked her wedding dress. Moreover, she has also chosen who her maid of honor will be on her special day.

Well, it appears the preparation for the wedding ceremony is going smoothly. We don’t doubt the soon-to-be husband and wife will enjoy a comfortable and happy life with each other. Nevertheless, best wishes to Paddy Pimblett and Laura Gregory for a fun-filled future together.