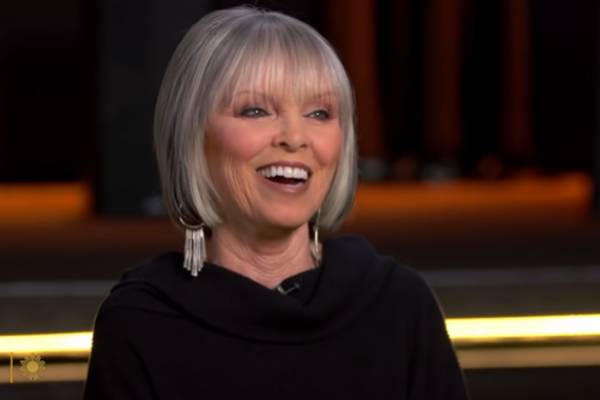 Pat Benatar and her ex-husband, Dennis T. Benatar were married from 1972 to 1979. Image Source: Social Media.

Patricia Mae Giraldo is professionally known as Pat Benatar. She is a talented rock singer and songwriter of American nationality. She is famous for her single Hit Me with Your Best Shot which reached the top 10 list in the US and Canada.

The four-time Grammy Award winner is a married woman with two kids. On top of that, she has been married twice. Her first marriage was with Dennis T. Benatar, whom she divorced in 1979. So, in today’s article, we are talking about Pat Benatar’s ex-husband and his whereabouts.

When Pat and Dennis met, they were still in high school. The couple fell for each other and dated for a few years. Then, in the early seventies, when Pat was just nineteen years old, she quit her education to marry her high school sweetheart in 1972. Their family members must have been shocked by the ex-pair’s decision to get married at such a young age.

At that time, Pat Benatar’s ex-spouse was a U.S Army draftee. They moved from New York to Richmond shortly after their wedding. The former duo shared conjugal life for seven years before falling short of their ever-increasing love.

Additionally, the ex-pair legally parted ways in 1979. Although they were together for nearly a decade, they didn’t welcome any children together. Also, the reason for the former lovebirds’ divorce is still confidential, but it must have been the best decision for their respective life and career.

As mentioned above, Dennis was a US Army draftee. He trained at Fort Jackson and South Carolina. He then performed duties for the Army Security Agency and was stationed as a soldier at Fort Lee, Virginia, in 1973.

Apart from that, Dennis has also established himself in the entertainment industry. He is an assistant director and production manager with over twenty film credits. Some of his recent movies are Beautiful Wave, In My Pocket, You and I, Ingale, White Air, and many more.

In addition to that, the former army also has two acting credits for the movies Tigerland and Romancing Sara. Moreover, Pat Benatar’s ex-husband is best known for his contribution as a production and location manager in the movies Phone Booth, Fallen, and A League of Their Own.

Shortly after divorcing him, Dennis T. Benatar’s ex-wife and Neil Giraldo came together as bandmates in 1979. After some time, Pat and Neil revealed they were dating and tied the knot in February 1982. The couple married in a secret wedding ceremony and have been together ever since.

Pat Benatar’s current husband is a talented guitarist, producer, and songwriter. The lovebirds were inducted into the 2022 Rock & Roll Hall of Fame together.

It has already been two decades since Pat and Neil walked down the aisle, and their bond is still solid. In addition, they have welcomed two beautiful daughters, Hana Giraldo and Haley Giraldo.

All in all, Dennis has established himself as a talented production manager and assistant director. He must be living a comfortable life along with his loved ones. Let’s hope he comes at ease and shares more about his personal life. We wish him a prosperous life ahead.