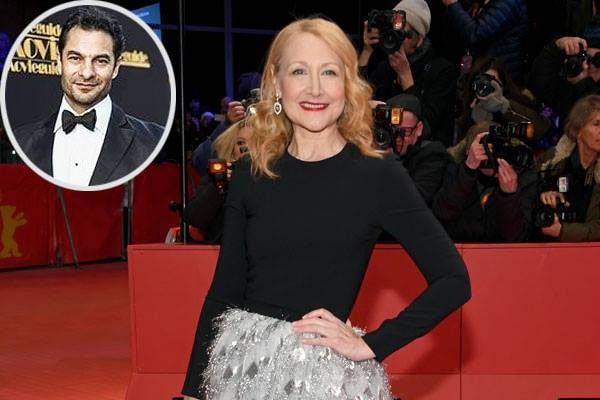 Patricia Clarkson is a legendary Hollywood actress famous for her trademark whiskey voice. Clarkson first gained fame with the release of the 1998 independent flick ‘High Art.’ Other films that star the beautiful actress Patricia include The Station Agent, Pieces of April, Six Feet Under, and The Party. The daughter of the New Orleans councilwoman Jackie Clarkson, Patricia is a winner of several awards, including the Golden Globe Award, Primetime Emmy Award, and British Independent Film Award.

The leading Hollywood actress, Patricia Clarkson, always kept her career first. She is currently 61 years old but has not married any guy to date. However, Clarkson dated a couple of fellow actors, including Campbell Scott and Darwin Shaw. Here, get to learn more about Patricia Clarkson’s boyfriend, Darwin Shaw, who starred alongside her in House of Cards.

As mentioned above, Patricia Clarkson dated Campbell Scott for more than five years. However, their relationship ended in tragedy without getting married. The award-winning actress Clarkson stayed single for some years till Darwin Shaw came into her life. Clarkson and Shaw’s love life became public when they attended the 71st Primetime Emmy Awards ceremony together as a couple in 2019.

The entire media and public were in complete surprise when they saw Patricia and Darwin together in the 2019 event. During an interview in 2018, Clarkson admitted that Shaw was her best on-screen kiss to date. However, the rumored pair has not opened up about their relationship in public to date. Moreover, going through Clarkson and Shaw’s social media posts, there are no photos that prove Shaw as Patricia Clarkson’s boyfriend. Also, besides some red carpet appearances in 2019, the rumored couple has not appeared together in later days to clarify their dating rumors.

So, the fact behind the rumors of Patricia Clarkson dating Darwin Shaw is still a mystery. We hope Clarkson and Shaw will soon clarify their relationship before the media. If this is true, then probably Clarkson’s statement of not wanting to marry might change with Shaw’s help.

Patricia Clarkson’s Boyfriend, Darwin, Is A Founder Of A Film Project At Six Feet Films

Like the actress herself, Patricia Clarkson’s partner, Darwin Shaw, is also an actor and filmmaker. His work in the film spans over fifteen years, and he has worked on projects varying from Casino Royale to House of Cards. Currently, he is a founder of a project named The Antiviral Film Project in Six Feet Films. Darwin’s project, in collaboration with a fellow filmmaker Will Hawkes, aims to generate a unique kind of international motion picture anthology focusing on the global COVID-19 experience.

Season 6 of #HouseOfCards now streaming on #Netflix.
Meet Raffiq Nasser! What a thrill to work with such great talent! #robinwright pic.twitter.com/Tyrvg1d0tr

Furthermore, Darwin is also the creator and writer of a high-concept love story set on the backdrop of the Syrian Civil War named The Hydra. Besides playing Rafiq Naseer’s role in the Netflix series House of Cards Season 5 alongside his girlfriend, Patricia, he also appeared in Marvel’s tv-series Agents of Shield. Darwin also portrayed an acrobat character for two months in Homeland, broadcasted in Showtime Networks Inc.

Similarly, other films that star Patricia Clarkson’s boyfriend, Darwin, include Call the Midwife, The Borgias, and many more. In 2008, the British-born actor played the role of a jilted fiancee of Bollywood star Lisa Ray in the British film ‘I Can’t Think Straight.’

Moreover, Darwin is also the co-founder of Silent Kisses Productions with his friend Samantha Whittaker. The duo formed it to tackle complex, socially relevant subjects and bring their acting experience into the filmmaking process. Currently, Darwin and his business partner, Samantha, have two feature films in development.

Shaw Gave Up A Medical Career To Become An Actor

Darwin Shaw earned a Bachelor of Medicine and Surgery from the King’s College, London. After completing his medical degree, Shaw served as a doctor at King’s College Hospital for some years. However, he gave up his promising career as a medical practitioner in London to pursue a career in the acting industry.

With an aim to be an actor, Darwin Shaw joined the London Academy of Music and Dramatic Art. He completed his course in Classical Acting from there. Shaw made his debut in the film industry as Adam in the 2002 Biblical drama ‘Jesus.‘ It proved to be a doorway for Shaw to get roles in big movies and TV series and work alongside numerous acclaimed stars, including his girlfriend, Patricia Clarkson. At the moment, Darwin Shaw is one of the most talked-about actors in the industry and is enjoying his successful career.

It seems like giving up his career as a surgeon proved to be quite beneficial for Darwin Shaw. Along with stardom, he got to be a suitor of the legendary actress Patricia Clarkson. We hope he will succeed in changing Patricia’s mindset of not wanting to marry and have children.