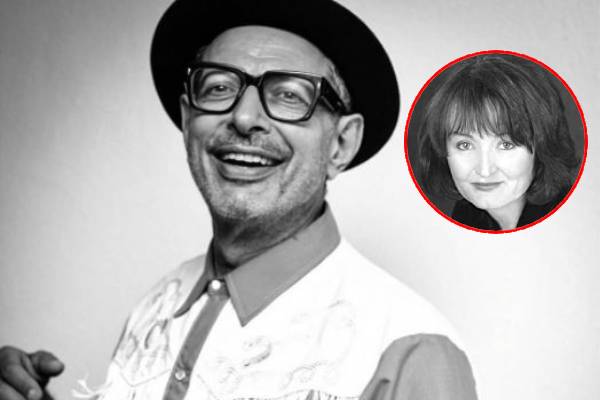 Jeff Goldblum and Patricia Gaul were married from 1980 to 1986. Image Source: Jeff's Instagram.

Jeffrey Lynn Goldblum, aka Jeff Goldblum, is an American musician and actor. He was born on 22nd October 1952 in Pennsylvania, U.S. The 69-year-old talented actor has starred in some of Hollywood’s highest-grossing movies such as Jurassic Park, Independence Day, and Thor: Ragnarok. Furthermore, Jeff has also appeared in TV series, most notably being Will & Grace.

Apart from his wonderful acting career, Jeff has been in the headlines regarding his love life. The actor has been married and divorced twice. He was first married to actress Patricia Gaul. But, their marriage was not sustainable, and the pair separated just a few years after their marriage. Hence, in today’s article, let’s know about Jeff Goldblum’s ex-wife Patricia Gaul.

Is An Actress And Director

Jeff Goldblum’s ex-wife, Patricia Gaul aka Patti Gaul was born on 31st October 1945 in Philadelphia, Pennsylvania. Unfortunately, not much has been revealed about Patricia’s childhood. Nonetheless, she must have had a pleasant and happy childhood.

As for her career, Patricia is a successful veteran actress, director, and producer. She has acted in many Hollywood movies like Road Trip, Silverado, and The Big Chill. Patti began her acting career in the early 1970s. Her first credit in IMDb was for Blood in 1973. The actress now has over 46 credits to her name.

Apart from starring in the movies, Patricia has also acted in many TV series like Caroline in the City, Renegade, and Vanishing Son. In addition, Patti has directed two documentaries and produced one which showcases her versatility.

However, the veteran actress has been on a hiatus since 2013. Her last contribution to the acting industry was her role in the TV series, The Doctor Blake Mysteries, where she portrayed a role of an inmate.

Also Read: Get To Know About Kenny Atkinson’s Wife

Worked Together With Jeff

Patricia Gaul and her ex-husband have worked together on many films. In 1983, Patti and Jeff worked together for the first time in Lawrence Kasdan‘s blockbuster movie The Big Chill. The audience loved their work and chemistry together.

Nonetheless, this was not the only time the pair appeared on the screen together. Jeff and his ex-wife Patricia Gaul acted together in Lawrence’s another direction, Silverado. Furthermore, the former couple also worked together in director John Landis‘ film, Into the Night.

Well, Patricia and Jeff may have called quits to their short-term marriage, but their works are still cherished and appreciated by the audience to this date.

Jeff Goldblum’s former spouse Patricia Gaul seems to be quite a reserved and private person. She and Jeff Goldblum got married on the 4th of July 1980 but she mostly stayed away from the spotlight.

As per IMDb, she divorced her ex-husband in 1985, while Google suggest that the pair were together till 1986. The couple also did not welcome any children together. Nonetheless, Patricia has avoided the limelight since separating from Jeff.

Similarly, as mentioned above, Patti has been under the radar since her last movie appearance. In addition, she is not available on any social media platforms.

After Patricia’s divorce from her ex-husband Jeff, she kept her love life very secretive and away from the glitz and glamour. Jeff went on to marry twice after their split, first with Geena Davis and then with Emilie Livingston with whom he has two kids, Charlie Ocean Goldblum and River Joe Goldblum.

But anything regarding Patti’s love life is a huge mystery. It is unknown whether the actress remarried or enjoys her life as a single woman. Nevertheless, we hope Jeff Goldblum’s ex-wife is living a happy and prosperous life.