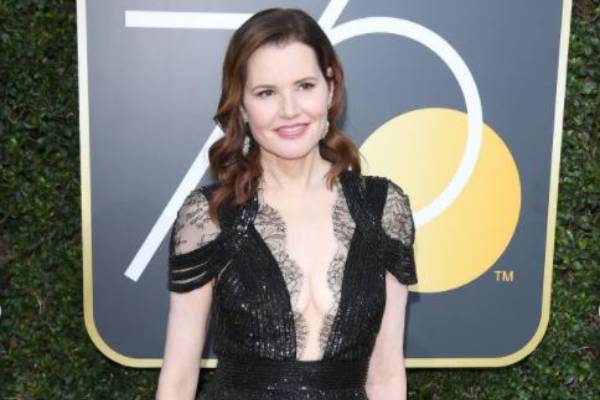 Jeff Goldblum, aka Jeffrey Lynn Goldblum, is a famous American actor and musician. He was born in Pennsylvania, U.S. The 69-year-old actor has starred in some of the highest-grossing movies of the modern era. However, Jeff is best known for his performance as Dr. Ian Malcolm in the classic blockbuster Jurrasic Park and its sequels. Apart from acting in the movies, he has also appeared on many hit Television series like Law & Order: Criminal Intent and Will & Grace.

Besides acting, Jeff’s personal life has been a significant field of interest among the news and media. The talented actor has been married and divorced twice. He was married to actress Patricia Gaul from 1980 to 1986. After divorce from his first wife, Jeffery married Geena Davis.

Geena Is From Massachusetts

Jeff Goldblum’s former spouse, Geena Davis, originally Virginia Elizabeth Davis, was born on 21st January 1956  in Wareham, Massachusetts. Her mother, Lucille Davis, was a teacher’s assistant and her father, William F. Davis, was a civil engineer alongside being a church deacon. Her parents both were from small towns located in Vermont. Furthermore, Geena also has an older brother called Danforth Davis.

Geena attended Wareham High School in her hometown. But, she also went to Sweden as an exchange student and learned Swedish fluently. She earned her bachelor’s degree in drama from Boston University. Jeff Goldblum’s ex-wife initially enrolled at the New England College but moved to Boston a year later.

Growing up, Geena was very insecure about her tall height, which affected her self-esteem and confidence. But, she was passionate about music from a very young age. The talented artist used to play the organ at a local church in Wareham.

After finishing her education, Geena started to work as a model during the early 80s. Then, in 1982, director Sydney Pollack cast Davis in her first major project in the movie Tootsie. Well, she didn’t disappoint Pollack and the soap opera became an instant hit. It was named the second most profitable movie of 1982, receiving ten Academy Awards nominations.

Fortunately for Davis, the Oscars followed her in March 1989. She won the best supporting actress award for her role in The Accidental Tourist. Furthermore, Jeff Goldblum’s ex-spouse, Geena Davis was nominated for the Oscars a second time for her role in Thelma & Louise. for the best actress category. In addition, Geena is a recipient of the Jean Hersholt Humanitarian Award for her contribution to fighting gender bias in Hollywood.

Besides the Oscar, Geena Davis has won the Golden Globe Award for the best actress in a television series for her role in Commander in Chief. Furthermore, the outstanding actress has also been nominated for prestigious awards like the Primetime Emmy Awards and British Academy Film Awards.

Well, thanks to her successful acting career, the celebrated star has amassed a huge fortune. Geena Davis’ net worth is estimated to be $30 million and she lives comfortably. On the other hand, her ex-husband, Jeff Goldblum has $40 million to his name.

Met Jeff In A Movie Set

After her triumphant rise from Tootsie, Geena became a household name in Hollywood. She was cast by the director, Rudy De Luca, in his 1985 horror-comedy Transylvania 6-5000. This is where she met Jeff Goldblum and fell in love with him. However, at the time, Jeff was still married to Patricia Gaul.

After Jeff’s separation from his first wife, the pair tied the knot in a beautiful ceremony in November 1987. Unfortunately, the couple were married for only four years.

They separated in 1990, just three years after their marriage. But the divorce was finalized the year later, in 1991. During their marital relationship, Jeff and his ex-wife did not welcome any children.

Is An Advocate For Gender Bias In Hollywood

Jeff Goldblum’s ex-wife Geena Davis publicly speaks about the problems and discrimination female actors go through in Hollywood. In an interview, she mentioned that girls are treated differently than men in the industry. Once, a male actor told her she was too old for romantic movies. Ironically, the male co-star was twenty years older than her.

The above incident is not the only thing that the Tootsie star has shared. Talking to the New York Post, Davis also mentioned that two directors treated her negatively after her Oscar triumph. The directors wanted to make Geena feel that she is “not all” she thinks. Moreover, they didn’t want a lady to be giving them problems on the sets.

But, the Thelma & Louise actress knew that women could do almost everything men could in the movies without significant difference. In addition, Geena has featured as a lead female role in some of her films, particularly the cult classic, A League of Their Own.

Jeff Goldblum’s second wife started her own activism in 2004 when she saw more male actors than females on the screen. Even on some of the shows her young daughter watched, there were more guys than girls. Her active advocating for female involvement has increased the number of females cast by executives in movies.

Furthermore, Geena Davis helped start the Bentonville Film Festival. The annual event focuses on diversity and equal opportunity in the movies. We wish the talented actress all the best in her pursuit of maintaining gender equality in Hollywood.

Is A Mother of Three

Geena Davis has been married thrice in her lifetime. Before marrying Jeff Goldblum, she tied the knot with restaurateur Richard Emmolo from 1981 to 1983. She then got together with the Jurassic Park actor but aforementioned, Jeff and Geena’s marriage did not last long.

After her second divorce, Geena married filmmaker Renny Harlin. But the duo separated in 1998 after Renny’s assistant gave birth to a kid fathered by him.

Substantially, Geena did not have kids from any of her first three marriages.  After her series of failed marriages, she started dating Iranian-American surgeon Reza Jarrahy and the pair got married in 2001. Furthermore, Davis shares three children with Reza. They have a daughter, Alizeh Jarrahy, and twins, Kaiis Jarrahy and Kian Jarrahy.

Geena’s daughter, Alizeh was born in April 2002 and the twin brothers followed after two years in 2004. It looks like Geena loves to spend time with her children. She has mentioned spending time with the kids was her most common hobby during the pandemic and lockdown.