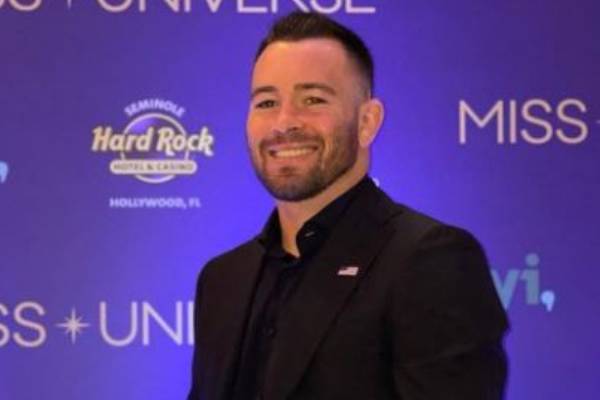 If you are among those who keep the updates of UFC events, then you might be familiar with the name Colby Covington. Born Colby Ray Covington, Colby is also popular by his name “Chaos.” He is a former Interim UFC Welterweight Champion who currently competes in the welterweight division of the Ultimate Fighting Championship.

Colby has become a household name after winning many UFC events. With his prominence and huge fanbase around the globe, his personal life has become a topic of interest for many people. Many want to know especially about his lovelife. So, is the famous MMA fighter married? Thus, in this article, let’s find out about Colby Covington’s wife.

Despite being in the limelight for a long time now, Colby is a hardcore secretive person. Covington has kept his personal life away from the media attention. Many of his fans have made thousands of speculation regarding Colby Covington’s girlfriend.

But the task to find out about his lovelife seems to be impossible, as the fighter has rarely talked about his partner in the media. Furthermore, his Instagram is fully dedicated to his professional career.

As a result, there is no information about who his partner is. And even if he is dating someone, his relationship detail and the person he is dating remains a mystery for now.

Rumored To Be Dating Polyana Viana

Being a celebrity who has remained in the limelight for many years, it must be a tough task to remain secretive regarding personal life. But for the popular MMA fighter, it seems to be an easy job. Colby Covington has not revealed anything about his lovelife.

Because of that, Colby has been linked with a number of women. In March 2021, he posted a picture with the UFC fighter Polyana Viana. The post left several fans surprised, and the rumor of them dating spread like wildfire. Furthermore, in the picture, Viana was seen donning Colby’s merchandise.

However, the rumor came to an end when Polyana reportedly commented on the post, saying she and Colby were just friends. Viana also revealed that she already has a boyfriend.

But a few weeks after the post, Colby talked about having an intimate relationship with Polyana. Moreover, in February 2021, he was asked to fight against Leon Edwards, which he turned down. When asked the reason behind his lack of interest in the fight, he stated he was with Polyana and had better things to do than fight.

Later, Polyana took to her social media to deny his claims. The MMA fighter wrote that she had never given room for any comment or judgment regarding her personal life but it was also not for her to judge a person’s attitude. She stated that she felt sorry for those who acted so low to promote themselves.

Well, it seems like the reports of Polyana being Colby Covington’s girlfriend are just rumors. Nonetheless, we hope the pair don’t have any bad blood between them.

Accused The Other Two MMA Fighters Of Cheating On Their Wife

While fans are left to find out who Colby Covington’s wife/girlfriend is, Colby, on the other hand, seems to be showing the “super villain” side of him, which he claims to be.

In February 2022, Colby accused his former mates Jon Jones and Jorge Masvidal of beating and cheating on their wives. They are not the only fighters whom Covington has aimed at. The list also includes a number of former American Top Team teammates, including Joanna Jędrzejczyk and Dustin Poirier.

While talking to Kevin Iole of Yahoo Sports, he stated that Masvidal and Jones have a common thing. He accused them of being scumbags, criminals, dirtbags, beating and cheating on their wives. Moreover, he even talked about them cheating on their taxes.

Covington is set to compete against Masvidal on March 6, 2022. The fans are excited to see two great fighters inside the ring.

Nonetheless, let’s hope Covington talks more about his personal life in the media, and we get to know who Colby Covington’s girlfriend is.