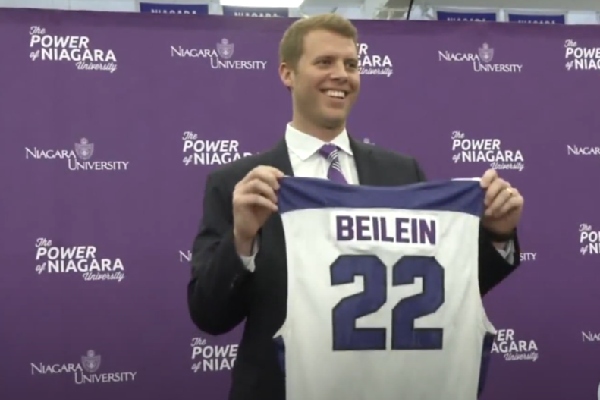 Patrick’s career has seen him achieve quite a lot. From top tier college coaching to being an assistant coach for the Utah Jazz of the NBA, he has done it all. One of the things that often gets overlooked in his success is the support he gets from his partner, Kristen Beilein. So, in today’s article, let’s know more about Patrick Beilein’s wife, Kristen.

Kristen married her husband Patrick in June 2017. The couple had met three years prior to their marriage and quickly fell in love. Born in Upstate, New York, Patrick’s beau went to the University of North Carolina and was part of the lacrosse team. The couple has been vividly showcasing the love for each other throughout these three years.

Kristen has been an amazing and understanding wife, which is hard to find when you have a job as a basketball coach and have to move frequently. Her endurance and love for the family are purely exemplary, which makes this couple a charming one. We can’t wait to see these two share the same passion for each other throughout their lifetime.

Kristen Beilein is currently coaching a local high school team at Syracuse. Coming from an athletic background, she and her sister are handling the position of a high school coach. As we mentioned earlier, Kristen was a part of the lacrosse team at the University of North Carolina. In fact, Kristen’s mother, Kathy Taylor, is the coach of Le Moyne women’s lacrosse team.

It is pretty obvious for Kristen to have an athletic career. She also used to go on training for marathons in her earlier days, and her love for running glows through her personality. Kristen is a fighter too as she is suffering from two autoimmune diseases POTS and Celiac’s disease. She has shown what it means to be a strong woman through her amazing resilience.

Patrick Beilein’s wife Kristen also used work in the fields like brand marketing and merchandising. She held the position of brand strategist and business development manager at the Montrag group before calling it quits in 2018. Moreover, she had a job at Under Armour and Nike at it’s world headquarters in Oregon. This just shows how multidimensional she is.

Kristen and her husband Patrick are parents to their two sons Thomas Patrick Beilein and James Beilein. Thomas was born in 2018 and just turned two this year while the younger one Jame’s date of birth has not been revealed. Although her Instagram profile is private, we can say she is a mother of two through her bio. As described by Kristen on her Bundle of joy intro, she was overjoyed, intimidated, and rewarded after being the mom for the first time. She often spends time smiling at her little children and it is the most amazing thing for her.

Although the couple has remained secretive on social media, they do make time for the fans to know about their children. Being a mother has been a wonderful experience for Kristen, which she will surely hold dearly throughout the rest of her life. As Thomas and James come of age, let’s hope the love between them intensifies even more.