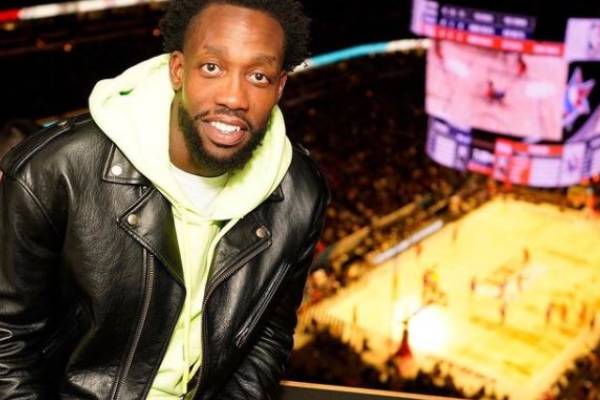 Patrick Beverley is a popular professional basketball player from America. Patrick, who is currently playing for Los Angeles Clippers, is the doting father of four children.

Beverley has amassed enormous fame and fortune in his career, and thus he has a huge fan following in his social media profiles. While him being the father of four kids is a known fact, it is not known who his baby mama is.

Therefore, let’s find out who Patrick Beverley’s wife is and her whereabouts.

Is Rumored To Be Engaged

Many online sites suggest that Patrick Beverly had two public relationships in the past. Few sites suggest that he dated a girl named Amber Spencer for several years, and in 2013, they reportedly got engaged. However, Patrick has not personally spoken about him being engaged.

Although the couple has not revealed if they were engaged, they were seen together at the NBA Awards 2017. Furthermore, an article of 2018 further mentioned that they were still together.

However, the beautiful couple have not been seen together since the NBA Awards and Patrick Beverley is rumored to be dating another woman. So, whether Beverley and Spencer were engaged or not, their relationship seems to have fizzled out.

Also Read: Find Out About Who Is Ava Michelle’s Boyfriend

The Los Angeles Clippers point guard is one of those professional basketball players who has successfully kept their personal life hidden from the limelight. As a result, Patrick Beverley’s love life is a mystery, and rumors regarding his potential girlfriend are circulated every few months.

Patrick Beverley has been linked with numerous women in his life. Apart from Amber, he is said to have dated several other women. An article by Fadeaway World in 2020 suggested that Patrick was dating Wild ‘n Out star Alexis Marie. But, neither Alexis nor Patrick ever spoke about each other and their relationship.

Similarly, there were rumors that Beverley dated stripper and model Lira Galore from 2013 to 2014. Furthermore, it was reported that he had accused Drake of stealing Galore from him.

Furthermore, Patrick is currently linked with the socialite/philanthropist Mandana Bolourchi. The rumors of them dating began spreading after they were snapped having fun on a glamorous weekend getaway with their friends. Similarly, they also attended the McGregor vs. Poirier fight during his birthday weekend in Las Vegas.

In addition, Patrick had also uploaded a picture of him holding a girl’s hand. Many of his fans think that the woman in the photo might be Mandana.

Well, Patrick and Mandana seem to be enjoying their time together, and we hope that their relationship remains the same in the coming days.

As mentioned earlier, Patrick Beverley is the doting father of four kids. He has two sons and two daughters. However, due to his secretive nature, Beverley has not talked anything regarding his children. Patrick’s eldest daughter is Adlaia Beverley, and he welcomed his son, Everett Beverley, in 2015.

Furthermore, while her name is not known, Beverley’s youngest daughter was born in February 2018. Also, he has not revealed who is the mother of his kids. However, Beverley and his baby mama might be raising their kids with mutual understanding.

As mentioned earlier, Patrick prefers a private life. Because of that, there are several rumors about his partner and lovelife.

Nonetheless, we hope that we get to know more about Patrick Beverley’s wife or girlfriend in the coming days.