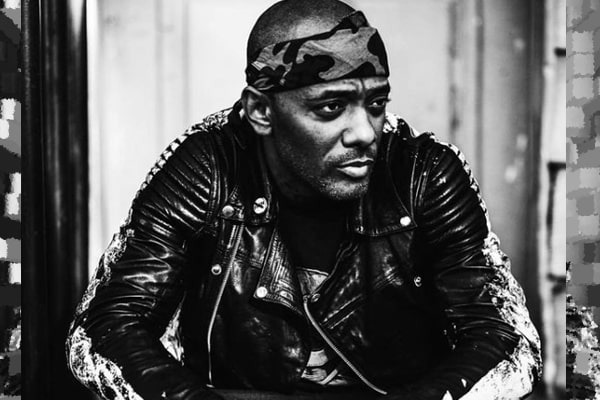 Prodigy, born Albert Johnson, was an American rapper and author. He is further known as one half of the hip hop duo Mobb Deep, alongside Havoc. Unfortunately, we lost the charm on June 20, 2017, to an unknown cause. However, he was hospitalized for complications related to sickle cell anemia.

Although the music mogul, Prodigy died at age 42, he had everything he could be proud of. In fact, he married his dream girl, Kiki Johnson, and welcomed a daughter and a son, who’d later follow in his footsteps. Regardless of the fame and persona he created, his partner prefers to stay grounded. Therefore, we have very little to no information about Kiki except a few extracts from his memoir.

Therefore, here, we have tried to assemble about Prodigy’s wife, Kiki Johnson, and her whereabouts.

We do not know about Drake’s Kiki, but Prodigy’s Kiki indeed loved her husband, whom she met via Havoc.

Prodigy mentioned that the moment his rap partner, Havoc introduced him to Kiki, he felt her vibe. He further wrote that they talked for a couple of hours and got to know her. Prodigy admitted that he could see himself with Kiki. He further obliged that his partner was cure with the perfect body and uncompromising attitude, claiming her to be his dream girl.

Furthermore, according to Prodigy, he felt Kiki was ready for a serious relationship as she was a mother of a three-year-old daughter, Keijzonna, from her previous relationship. However, he thought he was still a young dumb-as* who was still looking for hookups.

Nevertheless, Prodigy went after Kiki, who shared a passion for music and poetry. Thus, she encouraged her partner to work harder and gave space. Prodigy also wrote that she gets major points for never harassing him when he spent hours in the studio.

Their Marriage Was Very Secret

Unfortunately, it is not clear when and how Prodigy and Kiki’s love story turned into marriage. However, he often urged Kiki as his wife rather than a girlfriend.

Moreover, in his book, Prodigy describes Mary J. Blige supposedly flirted with him and asked if he was married. To that, he naturally responded “Yeah” and went on to clarify that he and Kiki had been together for five years at that point.

Moreover, Prodigy wanted to keep their relationship private as he thought it was too dangerous for his spouse to be with him. But, the proud man took his lady to the second annual Source Awards at Madison Square Garden in the mid-90s anyway.

Aforementioned, Prodigy’s wife, Kiki Johnson, was always supportive of his career and encouraged him to work harder. Thus, one can imagine their marriage was pretty easy. Allegations of adultery were never off the chart, nevertheless. More on that later.

From their years of marriage, the Johnson couple welcomed a son who also happened to follow in his father’s footsteps.

Prodigy was always private about his marriage, but he never kept a secret when asked about his partner. Thus, in his autobiography, My Infamous Life, he poured every part of him, including the birth of his son, Shaka, with his wife, Kiki.

Mobb Depp’s rapper, Prodigy, described that Kiki was four months pregnant when they found out it was a boy. He further wrote that he was ready to have a baby with his dream girl, whom he’d realized was special.

Well, Kiki went into labor in a pure pregnant fashion after ordering shrimp scampi while they were out to dinner. Prodigy described the was holding his partner’s hand, but she was ‘crushing’ his while she breathed and pushed in and out.

After an hour into labor and emotional turmoil, Prodigy started seeing his son’s head. He later admitted that the moment was the most unique and nastiest thing he’d ever seen. Additionally, Kiki’s husband wrote he was scared when her temperature dropped, and nurses wrapped her with ‘like seven blankets around.”

Moreover, Prodigy made it clear that the pair were married and thanked Kiki’s mother, Ms. Cookie, for accepting him into the family.

As of now, Prodigy’s son, T’Shaka Keion-Maliq Johnson has become a musician. Moreover, the proud pa shared a tweet about his son’s song, ‘If I die tonight,” from his debut EP, “Before the Storm.”

check my son SHAKA song
“if i die tonight” from his debut EP “Before The Storm” http://t.co/QolOVpi1TW

Furthermore, the Johnsons also welcomed a daughter, Fahtasia Robinson aka Tasia Johnson who is also following her father’s footsteps into the musical world. Moreover, some fans also noted that she’s Kiki’s twin.

Moreover, Prodigy often shared pictures of her on his Instagram appreciating the beautiful woman. Tasia also remembers her father on special occasions and mentions that she misses him terribly.

Allegations Of Adultery on Both Sides

Although Prodigy had nothing but sweet words for his spouse, their relationship was far from being perfect.

If infidelity is one of seven sins, both Prodigy and Kiki were accused of doing so. Unfortunately, Kiki’s unfaithfulness towards their marriage made Prodigy tear up.

Likewise, Prodigy’s wife, Kiki, was highly suspicious about him and Lil Kim. He further admitted that his partner always thought Kim and he was intimate. Thus, out of jealousy, Kiki said that the ‘Quiet Storm’ remix was a “wack.”

Despite the accusations of adultery, the Johnson pair remained intact and more potent. While talking to The Village Voice, Kiki’s partner told that he’d to leave things prepared for his wife or else he’d be mad.

Moreover, Prodigy told that his wife, Kiki, is going to be Prodigy while he’s gone. Hence, she remained with him while he was in prison, making their decade-long marriage/relationship stronger.

Although Prodigy assured Kiki’s going to be “Prodigy” while he’s gone, she is nowhere to be found after his death. She’s living a very secluded life away from the media approach and controversy.

Hence, we hope Prodigy’s wife, Kiki Johnson, is at least safe with her kids and will hopefully come out of shadow one day.