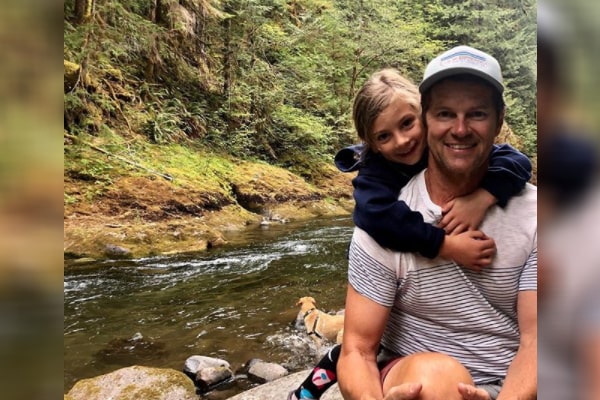 Renee O’Connor is an actress, producer, and director. She’s popular for portraying a character in the tv series Xena: Warrior Princess. Born in Houston, Texas, to Walter O’Connor and Sandra Wilson, Renee has been in the entertainment industry for several decades.

Marriage is always a hard work that requires two individuals to invest equally to maintain the balance. Furthermore, marrying a celebrity might mean the rise of one’s fame too. Such is the case with Xena: Warrior Princess actress Renee O’Connor’s ex-husband, Steve Muir.

Muir rose to fame because of his marriage to the theater company owner, Renee. However, his fame was short-lived, and he too vanished in the thin air when their marriage dissolved. However, Muir managed to establish the right name for himself on what he does best.

According to Steve Muir’s IMDb, he is a restaurant owner in New Zealand. Furthermore, Muir’s Linkedin shows that he has been running New Zealand Natural Goods since 2003. He is currently working as the channel sales manager/ national account manager for DL Distribution, LLC.

O’Connor’s ex-husband, Muir, has been working as an account manager since 2019 and is located in Portland, Oregon, metropolitan area. Before owning New Zealand Natural Goods, Steve worked as a Starbucks coffee district for two years in LA.

O’Connor’s former partner, Steve, graduated from the University of Otago with a Masters’s degree in business administration in 2000. Therefore, Steve is an able human being who has maintained a personal life away from social media.

Renee O’Connor is a beautiful actress and producer who has been in the industry for more than thirty years. Despite her grand success, she had to go through some tough time but beautiful experience in life, i.e., love, marriage, and motherhood for the first time.

O’Connor and Muir started dating by 1998. Unfortunately, there are no details about the couples’ relationship, but they decided to walk down the aisle after two years of courtship.

The former couple married in 2000. The duo of O’Connor-Muir looked glamorous together and were thriving for their career continuously. Furthermore, Muir used to accompany Renee in several events together.

Unfortunately, the pair didn’t last long but welcomed a child together. The relationship ended in divorce after five years of marriage and a talented son.

The former couple, Renee O’Connor and Steve Muir, share a talented son, Miles William Muir, from their brief marriage. They were blessed with Miles on September 22, 2001, and is following his mother, Renee’s footsteps into the entertainment industry.

Steve Muir’s son, Miles is an actor known for the movie Watch the Sky. He acts in his mother’s theater along with his half-sister, Iris Sura O’Connor. It looks like he will rise like his mother in the coming days.

As we all know, Steve Muir’s ex-wife, Renee, is living a happy life as a proud mother of passionate actor, Iris, and married to producer/director Jed Sura in 2017. But, let’s sneak a peek into Steve Muir’s life after divorce.

Remarried And Welcomed A Child

Aforementioned, Renee O’Connor’s ex-beau, Steve Muir, dissolved into thin air following his divorce from his famous wife. However, Muir’s life never stopped as he took a break from the media.

Alike Renee, Steve, too, remarried and started his family with his wife, Stephanie Muir. Muir’s wife, Stephanie, works as a beauty consultant and is a great environmental advocate. The pair got married in 2011, and Muir’s company announced their marriage preparation via their social media page.

The beautiful couple shares an incredible bond, and Muir’s wife seems to appreciate his presence greatly. Furthermore, they welcomed a daughter who seems to appear on Stephanie’s Instagram occasionally. Muir’s daughter is a nature-loving child learning to love earth and nature as she grows old.

Miles, Steve Muir’s son, shares a special bond with his step-mother and his biological mother, Renee O’Connor. Although O’Connor’s ex-husband, Steve, is away from social media, his second wife, Stephanie, completes his void and updates their life every once in a while.

Therefore, Steve seems to be living healthily and happily with his family. Hence, let’s hope Steve Muir continues to live comfortably and appears on media once in a while.