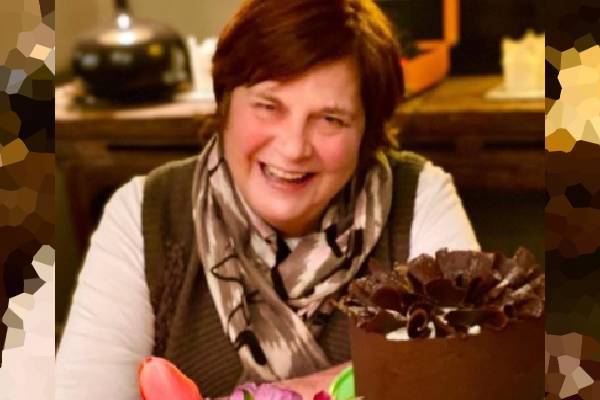 Rick Bayless is a famous chef and restaurateur from the United States specializing in traditional Mexican cuisine with modern twists. The chef is well-known for his PBS documentary series Mexico: One Plate at a Time.

Similarly, Rick Bayless’ wife, Deann Bayless, has been a firm supporter of his endeavors to date. She helped her husband with his catering business when they first started dating, and the couple has been together ever since.

Deann Bayless was known as Deann Groen before marrying famous chef Rick Bayless. She was raised in Ann Arbor, Michigan in a happy and religious household. Unfortunately, Deann Bayless’s parents’ names are unknown. Moreover, the owner of the different franchise has her undergraduate degree in English language and literature at Wheaton College.

The inspirational woman also had a teaching certificate thus she used to teach English in Taiwan. Similarly, she earned her graduate degree in English and theater from the University of Michigan. After her graduation, Rick Bayless’ wife worked as an administrative assistant in a church.

Deann Bayless further told that she did work at church for about five or six years, and it was during that time that she became very interested in theater and the theatrical aspects of worship. And because the restaurateur didn’t know much about theater, she decided to return and study it. Rick Bayless’ spouse discovered she had a marketable skill shortly after that, and she also worked as a technical writer.

The Couple Met In A Friend’s Birthday Party

The best things happen when you least expect it, and something similar happened with the Michigan graduate. Deann threw a birthday party for her friend and as she was known for her good hospitable gestures, many of the caring lady’s close friends attended the party.

Somehow, Rick also ended up attending as he was invited by some mutual friends from that group. The couple took notice of each other and started talking, and that’s how it all started. On July 28, 1979, the pair got married in Ann Arbor, Michigan.

Rick and Deann Bayless are a power couple who have already celebrated 40+ years of marriage with a shared passion for entertaining. The couple co-own various stunning restaurants such as Frontera Grill, Topolobampo, and Xoco. Not just that, but Deann also contributed to editorial duties in all eight books written by her husband.

From business to books to creating a three-day-a-week Emmy award-winning television series, Mexico: One Plate at a Time, this power couple has done it all. Similarly, Deann didn’t shy away from discussing their marriage and why it worked so well in an interview.

The owner of various restaurants stated that her and her husband’s personalities compliment each other and have resulted in a plethora of brilliant ideas. Rick Bayless’ wife further explained that her husband is the creative force, while she is the one who plans and ensures that his creations are noticed.

Is The Incharge Of The Finances

The former technical writer stated in an interview that the couple had always worked together and that their mutual respect for one another’s abilities made it all possible. Alike any other regular household, the lady of the Bayless house i.e. Deann Bayless keeps all the charge of the money.

To add laughter to the situation, the former English teacher joked that creative people, like her husband, are notorious spenders, and that her handling of household finances helped them stay in check. Hence, it is safe to say that Deann Bayless is in charge of all the finances in their household.

Similarly, chef Rick previously mentioned his wife’s financial management abilities and support. Deann Bayless’ husband Rick wrote in his book, ‘Rick Bayless’ Mexican Kitchen,‘ that he was fortunate to find his soulmate in Deann. He also expressed his appreciation for their shared love of Mexican cuisine and his wife’s management skills, which made his job easier.

Is A Proud Mother Of One

Aside from Rick and Deann’s business ventures, the couple raised a daughter together whose full name is Lane Ann Groen Bayless. The couple’s sweetheart also goes by her name Lanie. In addition, Deann and Rick Bayless’s daughter is a married woman and a mother of a child named Charlie Belle Bayless-Sullivan.

As for her career, Deann Bayless’ daughter Lanie is also involved in the hospitality industry. She previously worked as an event planner and co-owns Bar Sotano with her father. and has her own bar, Sotano. For the records, Deann had previously said that her little girl needs to make a name for herself and also that she needs to put in some years of work and gain confidence in herself.

Moreover, we could see that the lady with outstanding vision never liked to sit idly by. During one of the interviews, the restaurateur disclosed that she kept working even while she was pregnant. In fact, she worked until about two days before giving birth to Lanie, and then went back to work three days later.

No wonder the restaurateur expects the same amount of dedication and persistence from her child.

Aforementioned, Deann Bayless is a hard worker who has been working in the hospitality industry for many years. But sometimes even women like her need a break and inspiration. The former administrator said that during a need of desperate inspiration, she does a lot of reading.

But it’s spirituality, not religion, that interests her. Deann Bayless has read a lot of books on Buddhism and continues to read a lot of Christian content.

The talented lady believes that she gets intrigued by the concept of meditation and being focused, as well as being open to the present moment and the connection to the greater universe. Hence it is safe to call her a lady with a spiritual mind.