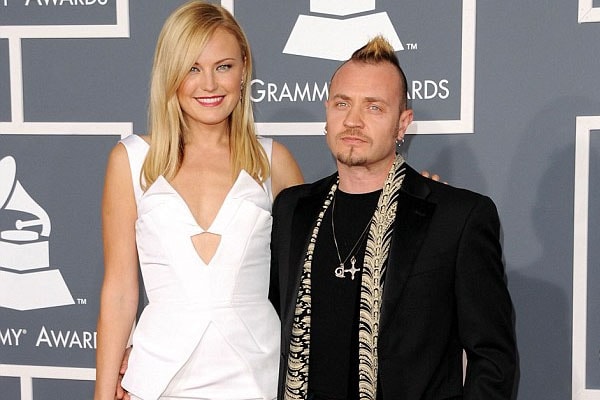 The Swedish-Canadian actress Malin Akerman‘s ex-husband Roberto Zincone is a musician and drummer. The ex-couple met back in 2003 when they were the band members of The Petalstones. They tied the knot on June 20, 2007.

Malin and Roberto parted their ways on November 25, 2013, after being married for six years. They have a son named Sebastian Zincon together.

The Watchmen star Malin Akerman and Roberto Zincon’s love bloomed when they worked together in the rock band The Petalstones back in 2003. The couple had a great beginning to their relationship. They could not interact properly as Roberto is Italian and could only speak little English. However, they used to spend their time together despite the language barrier.

On June 20, 2007, the gorgeous actress Malin Ackerman and Roberto Zincone got married at Grand Hotel Moon Valley in Sorrento, Italy. They welcomed their first child Sebastian Zincone on April 16, 2013. They shocked the public when they announced their split on November 25, 2013, just after seven months of their son’s arrival. The ex-couple stated they ended their relationship on good term. But the reason is still unknown.

Actress Malin Ackerman’s ex-husband Roberto Zincone has rarely been on the spotlight since the couple’s split. Seems like he is enjoying the life following his drumming passion. Time and again he shares posts on his Instagram account. From what we can see on his social media, he is busy with the recording session.

Malin Ackerman Is Happy To Give Love A Second Chance

After many years staying as a single mother,  Malin Ackerman has finally found her soulmate for the second time. She got married to British actor Jack Donelly on December 1, 2018, in Mexico. The beautiful actress Malin seems to be happy with her second marriage to husband Jack.  Above everything, she loves her son Sebastian, and she has been keeping up her optimistic attitude.

The public is curious to know about Malin Ackerman’s ex-husband Roberto Zincone’s thought of finding himself the love of his life. Although the ex-couple Malin and Roberto could not make it till the end, we wish them they get all the happiness with the person they have chosen to be with.