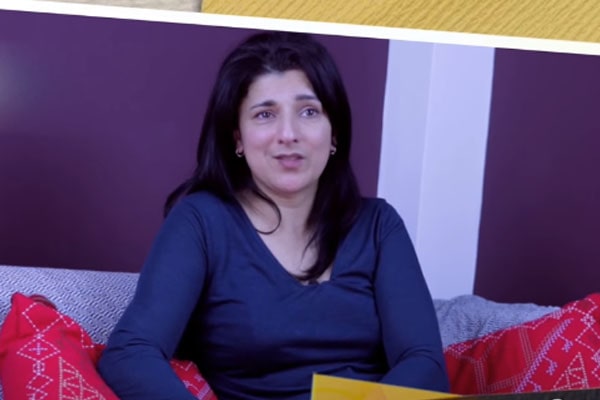 Gorgeous Robina Qureshi is a Pakistani born human rights activist. She has campaigned to close detention centers for asylum seekers and stop inhumane treatment. Robina is a notable critic of the UK’s asylum policies.

Robina is also the executive director of Positive Action in Housing. It’s a Scottish refugee and migrants homelessness and human rights charity involved in countering discrimination and racism, particularly in housing.

Robina Qureshi is Peter Mullan‘s ex-partner and baby mama of his daughter, Sophia Mullan. If you are here to know more about the human rights campaigner, stick up with this article until the end, and you might know a lot more about her.

As stated prior, Peter Mullan’s ex-partner Robina Qureshi is a human rights campaigner and the executive director of Positive Action in Housing. She, along with the prominent human rights lawyer, Aamer Anwar, helped to campaign between 1998 and 2000, on behalf of an Indian waiter, Surjit Singh Chhokhar‘s family who was murdered.

Then, in 2000, Qureshi talked about her background and motivation for challenging injustice to the broadcaster, Catherine Deveney. She was subsequently at the forefront of challenging dawn raids against Scotland’s asylum seekers.

Qureshi also took up the case of a 13-year old Kurdish girl from Doncaster in Nov 2007. She also ran a campaign all over the U.K. and Europe for securing Meltem and also the release of her mother.

Similarly, at the height of media interest in the Syrian refugee crisis in 2015, she spoke out in a heated debate with Sarah Smith against what she described as the BBC’s “doublespeak.” It gave a searing criticism of the BBC’s constant references to fleeing war and persecution as migrants.

Also, as the executive director, Robina Qureshi, and her team are dedicated to supporting refugees and migrants to rebuild their lives. She is not staying quiet but doing everything she can to make a better world for everyone.

Robina Qureshi is well-known as Peter Mullan’s ex-partner and the mother of his daughter, Sophia Mullan. They were together for some years but did not marry each other. Some sources said that Peter and his ex, Robina had shared a house. But Peter left the house after they broke up with each other.

After the split, rumors were spreading and Peter Mullan was romantically linked to Robyn Malcolm, who is a gorgeous T.V. soap actress.

Peter Mullan’s ex-partner, Robina Qureshi, has kept her life very private and secret. After she had ended things with Peter, she had probably taken care of her daughter. One of Peter’s friends said that he doted on Sophia and was fighting Robina to get access.

As for now, it’s not sure with whom Sophia has been living. Robina does not seem to be in any kind of relationship with anyone right now. Or maybe she is keeping her personal life behind the curtains.