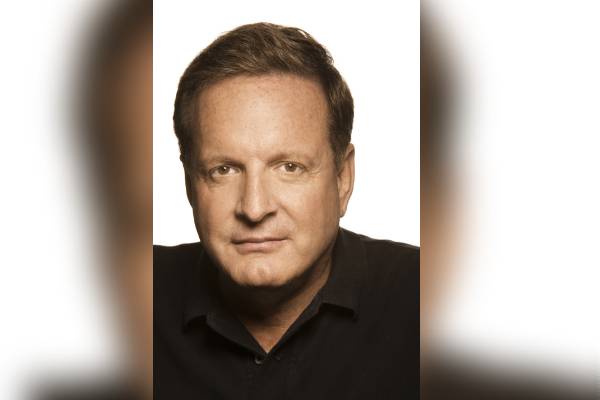 Ronald Wayne Burkle, also known as Ronald Burkle, is a prominent name in the business world. He is the managing partner and co-founder of The Yucaipa Companies, LLC. Having a fortune worth $2 billion, he has not only earned immensely but has also made a good name for himself in the business sector.

Unlike his professional career, Ronald’s marital life could not last long. He was married to Janet Steeper and even shared three children together. However, the former couple separated, and many must be wondering what the reason was. So, in today’s article, let’s learn about Ronald Burkle’s ex-wife and her whereabouts.

Janet and Ronald initially met in his dad’s store and went out for a while. Then, the former duo tied the knot in 1974. At the time the ex-pair exchanged their wedding vows, the businessman was 21 years old, while his bride was 18 years old. The years that followed were full of happiness and bliss.

Janet Steeper’s late son, Andrew Burkle, was found dead in his Beverly Hills home. The cause of his demise remains unknown yet. He previously worked as an associate producer.

Tumultuous End To Their Marriage

Ronald and Janet enjoyed conjugal bliss for twenty-nine years. But their marriage could not last long as they began having problems. So, in September 2003, Ronald Burkle’s ex-wife filed for a divorce. As per several reports, Janet Steeper’s ex-husband accused her of having an affair with her boyfriend, an ex-convict.

Ronald allegedly told their daughter that his security staff had videos and pictures of Janet and her partner’s intimate moment. Janet Steeper’s baby girl added that her father asked her and her brother, John, to watch the tape but later changed his mind. He apparently phoned his security director in front of her and told her Janet was with her beau at that moment.

On the other hand, Ronald’s attorney denied the allegations saying he never told such a thing to Carrie. Likewise, Burkle’s security chief responded in a written form that there was no videotape, and she evidently made up a conversation with her dad regarding her mom’s boyfriend. Carrie had made the above-mentioned statements to support her mama’s application for a restraining order in 2003.

In the court plea, Janet accused her then-hubby of spying on her, their young boy, and her boyfriend. She further claimed that his security agents followed her and their kid into Jerry’s Deli. However, her application was denied by a court.

The former Burkle duo battled bitterly in court while proceeding with their divorce. In one of her filings, Ronald Burkle’s ex-spouse said they had six residences, and they accumulated at least $25 million worth of art. She further added that they had several luxury cars, and he owned a private 757 jet and a helicopter. The former Mrs. Burkle revealed that they lived a luxurious life.

However, Janet Steeper’s ex-hubby claimed that the accounts were exaggerated. He added that the way she portrayed him could hurt the relationship between him and the leaders of organized labor.

In addition, the former couple had signed a 1997 post-marital agreement that limited Steeper’s divorce settlement to roughly $40 million. She claimed that she was defrauded and the agreement unfairly benefitted the business magnate. The earlier agreement allegedly failed to include her $30 million share of the community property. So, she appealed for the lift of a spousal support waiver and sought $232,800 in monthly living expenses. However, a California appellate court rejected her claims.

Well, it is not known how the estranged pair settled their divorce. They had managed to keep their separation a secret for three years. Nonetheless, they must have moved on in their lives.

As Ronald seems busy in his professional career, it is unknown whether he is seeing anyone. On the other hand, Ronald Burkle’s former wife has moved on and is happily married. She shares a blissful marital life with Larry Duitson. The couple met in February 2015 at their mutual friend’s home in La Fiaca, Costa Rica.

The duo started having a conversation, and in a rain storm on the beach one night, Janet Steeper’s now-husband told her that he’d like to meet again. After that, the pair started going out. Then, a year later, on the eve of the day they had their first encounter, the couple celebrated by returning to La Fiaca, and they spent a wonderful week relaxing, swimming, and sunning.

On the second-last night of their trip, Larry got down on his one knee while they were walking on the beach. Then, on October 22, 2016, the engaged duo walked down the aisle. The pair held their wedding ceremony at their home in Rodeo Road, Arcadia. Since it is the second marriage for the lovebirds, their family extended further, and everyone must be having good times.

Nevertheless, Ronald Burkle’s ex-wife, Janet Steeper Duitson, must be doing well. She must be enjoying her second marriage, and we hope it lasts a lifetime. We wish her well, love, and light in the future.