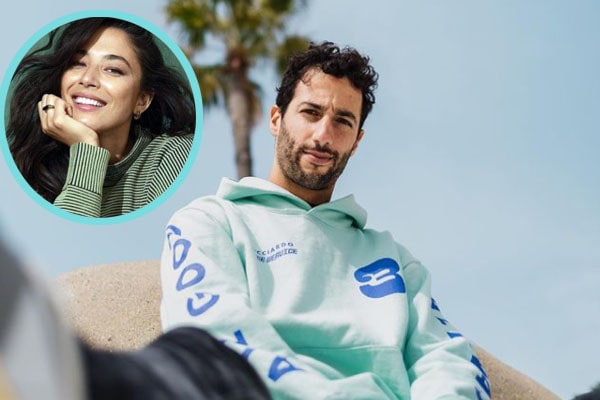 Daniel Ricciardo is an Australian racing driver currently competing in Formula One for McLaren. According to sources, he is currently rumored to have a new girlfriend. Though he usually keeps his private life a secret, he is making news headlines for dating the stunning Australian model, Jessica Gomes.

So, is the gorgeous Australian beauty Jessica Gomes really Daniel Ricciardo’s girlfriend? Let’s find it out here. Also, get to know who Jessica Gomes is and how the rumors of her having an affair with the F1 driver spread in the media.

As hinted above, rumored-to-be-current Daniel Ricciardo’s girlfriend, Jessica Gomes, is a stunning Australian model. The Sydney native Jessica, born on 25 September 1984 to a Singaporean mother and a Portuguese father, works extensively in Australia and Asia.

Jessica Gomes is just as famous as her rumored boyfriend, Daniel Ricciardo. As a professional model, she has worked for some of the biggest companies in the world, including Hyundai and LG. Moreover, Gomes has also appeared as a cover girl in numerous prestigious magazines such as Vogue and Victoria’s Secret.

Furthermore, currently signed to IMG Models, Jessica Gomes was also regularly featured in the Swimsuit Issue of the American publication Sports Illustrated from 2008 to 2015. In addition, the Australian company, David Jones, had also featured her as its spokesperson from 2013 to December 2019.

Moreover, the youngest daughter of Joe Gomes and Jenny Gomes, Jessica Gomes, also occasionally appears on the big screen. In 2014, she appeared in the film Transformers: Age of Extinction. Also, Gomes was in the 2017 film Once Upon a Time in Venice, which starred Bruce Willis. Other movies in which Jessica appeared are Father Figures and the 2020 Netflix film Tigertail.

Also, one of the world’s most desirable women, Jessica, has a variety of East Coast Hip Hop connections. She is name-checked in the rapper Kanye West‘s GOOD Fridays song Christian Dior Denim Flow.

The rumored love birds, Jessica Gomes and Daniel Ricciardo, allegedly began dating at the end of 2018. The news of them being in a romantic relationship spread in the media after an Australian publication Herald Sun claimed them as a new turbocharged couple in December 2018.

Both Ricciardo and Gomes tried their best to protect their personal life from the media at the time. But, their celebrity status could not keep it out of the excess media scrutiny. Consequently, in February 2019, Ricciardo came to the media to address the gossips. He stated that nothing was going on between him and Gomes.

The McLaren driver told the media that a few of his friends sent him a text saying he was on the front page of the paper. And, later, he was surprised to know that he was in the paper apparently for dating a model.

Ricciardo admitted to media reporters that though it was a positive story to be linked with Australian beauty Jessica, he was not dating her.

On top of that, Daniel Ricciardo’s rumored girlfriend, Jessica Gomes, is currently linked with Australian rules footballer Dustin Martin. So, it looks like Ricciardo and Gomes are no more together.

The F1 driver, Daniel Ricciardo, was previously in an intimate relationship with his childhood sweetheart, Jemma Boskovich. Both of them attended Perth High School together and began dating during the early years of Ricciardo’s motorsport career. However, the two parted ways in 2016.

Daniel Ricciardo’s ex-girlfriend, Jemma, is now in a long-distance relationship with another driver, Kiwi Andre Heimgartner.

Similarly, Daniel Ricciardo’s rumored girlfriend, Jessica Gomes, was also in a relationship with a couple of men in the past. She dated the former Australian rugby union player Rocky Elsom in 2015. Also, Gomes had an affair with actor Xavier Samuel in 2016.

But, currently, the exact relationship status of both Daniel Ricciardo and Jessica Gomes is a secret to their fans. Hopefully, they will clear all the doubts regarding their love life soon.