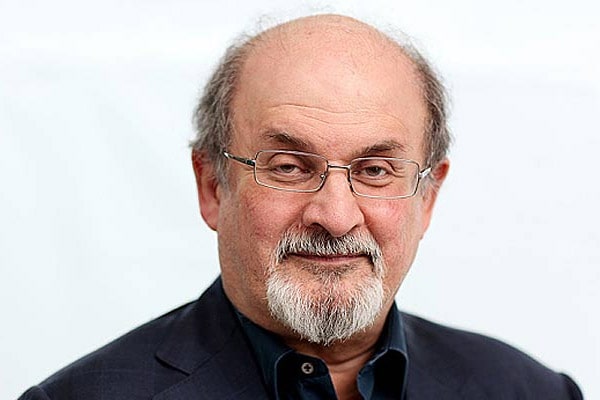 Author Salman Rushdie has been married four times in his lifetime. Rushdie married Clarissa Luard for the first time in 1976 with whom he had a son Zafar Rushdie. Then after getting separated from Luard in 1987, Salman married the American novelist Marianne Wiggins in 1988. They divorced in 1993. Salman Rushdie’s third wife was Elizabeth West, whom he married in 1997 and split-up in 2004. They had a son Milan Rushdie together. For the last time, he got hitched with an Indian-American actress Padma Lakshmi in 2004, and sadly they ended their relationship in 2007.

You might be yearning to get familiar with all the four wives of the ladies man Sir Salman Rushdie. So, here, we have piled some information about them which you sure don’t want to miss.

Late Clarissa Luard is the first wife of the British-Indian novelist Salman Rushdie. The former Senior literature officer at the Arts Council of England Clarissa Luard was born on 5th December 1948. She grew up in a politically influential Essex family, strongly connected with China. Although Clarissa did not clear her university, she had excellent literary judgment.

Salman Rushdie’s ex-wife Clarissa Luard worked in various professions. She did the job as a press officer in the Prima PR Agency for four years beginning from 1970. Clarissa Luard’s primary efforts were on behalf of fashion clients as well as choreographing catwalk shows. Then, she joined Paul Elek Ltd. as a publicity manager. Later, the superbly elegant Clarissa joined the Arts Council in 1995.

Salman Rushdie and Clarissa Luard met at a pop concert in 1969. At that time, talented Salman was yet an unpublished writer. They walked down the aisle in 1976. After three years of their marital relation, the ex-couple welcomed a baby boy who they named Zafar Rushdie in 1979. Rushdie and Luard eventually separated in 1987.

Clarissa Luard took her last breath on 4th November 1999. She died due to the Cancer which she had beaten off five years before in 1995. Rushdie, their son Zafar and Clarissa’s brother were bedside her when she died.

The second wife of Salman Rushdie is the American novelist Marianne Wiggins. Born on 8th September 1947, Wiggins grew up in Lancaster, Pennsylvania. Salman Rushdie’s ex-wife Marianne Wiggins is mostly known for her unusual plots and characters. Wiggins’s 2003 work, “Evidence of Things Unseen”, made her the finalist of the National Book Award and the Pulitzer Prize. Also, she is the winner of the Whiting Award, NEA Award, and the Janet Heidinger Kafka Prize.

A year after their marriage in 1989, politician Ayatollah Ruhollah Khomeini issued a Fatwa to assassinate Rushdie for alleged blasphemy in his fourth novel, “The Satanic Verses.” Wiggins had told Rushdie about her wish to end their marriage just five days before the order of Khomeini. But she ended up hiding along with Rushdie. The two divorced later in 1993.

The third ex-wife of Salman, Elizabeth West, is a freelance editor. She took the wedding plunge with Salman Rushdie in 1997. The ex-duo had a son, Milan Rushdie, together in the same year they wed. Rushdie and West split-up in 2004.

Married For The Fourth Time With Padma Lakshmi

The fourth and final wife of Salman Rushdie is the model and host of the American reality TV show “Top Chef” Padma Lakshmi. Her new show on Hulu “Taste the Nation” premiered recently on 18th June 2020. The glamorous Padma Parvati Lakshmi Vaidyanathan aka Padma Lakshmi was born on 1st September 1970. Her birthplace is Madras, Tamil Nadu, India.

The Primetime Emmy nomination receiver for Outstanding Reality Host in 2009, Padma is also an author. Besides being a TV host and model, she has also published four books. Among four, three; Tangy, Tart, Hot and Sweet, The Encyclopedia of Spices & Herbs: An Essential Guide to the Flavors of the World and Easy Exotic are her cookbooks. Her fourth book or a memoir is “Love, Loss, and What We Ate“.

Salman Rushdie tied the knot with Padma Lakshmi in 2004. Their romantic married life ended up with divorce in 2007. Later, Padma Lakshmi hooked up with Adam Dell. She has a daughter Krishna Thea Lakshmi Dell with her partner, Adam.

After the divorce with fourth spouse Padma, Salman has vowed to never get hitched again. He said that he might fall in love but he does not want to marry again.

Salman Rushdie was stabbed roughly ten times at the Chautauqua Institution in Western New York on Friday, 12 August 2022. The gravely injured author suffered a damaged liver, and severed nerves in an arm and an eye. Besides, the suspect, Hadi Matar, pleaded not guilty to the charge of assault in the second degree intending to cause physical injury with a deadly weapon.