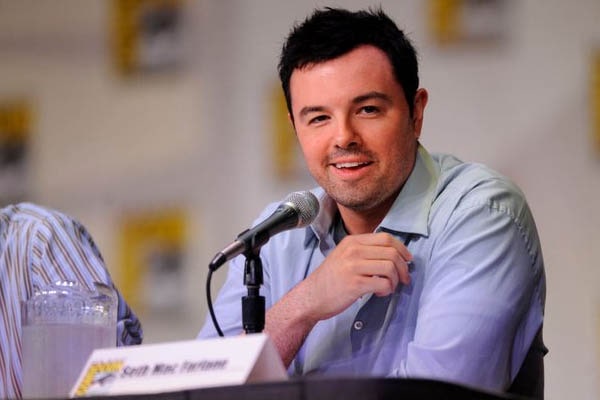 Seth MacFarlane is not married yet. Image Source: Social Media.

Numerous celebrities worldwide have dedicated their whole time to build their career rather than pouring it into starting a family. Among the uncountable famous personalities scattered around the world, the American actor and singer Seth MacFarlane is also one who is enjoying his life as a bachelor. He has gained immense success in the American entertainment industry ever since the mid-1990s. To date, he has directed, written, and acted in numerous notorious films and TV series, including his long-running animated sitcom, Family Guy.

From his career as a singer and an actor, the hot and dashing Seth MacFarlane has won numerous accolades and has added millions of dollars to his net worth. However, there is no record of this handsome hunk officially exchanging ‘I do’ with his partner. Though MacFarlane never allowed any woman to be called his wife, he dated some of the biggest actresses in Tinseltown. Here, explore the list of Seth MacFarlane’s ex-girlfriends whom he never married.

Emilia Clarke is one of the most honored faces in Hollywood. She is mainly famous for her role in the fantasy drama TV series, Game of Thrones as Daenerys Targaryen. Reportedly, Clark began dating Seth MacFarlane in 2012. While they were dating, MacFarlane and Clarke appeared in various red carpet events together. The former duo did not hesitate to show off their romantic relationship in public as well, whether it was during some friend’s parties or while shopping together.

However, Seth MacFarlane’s romance with the English beauty continued for only around six months, and both parted their ways away in 2013. While talking to E! three years after her separation from Seth, Clarke revealed that strangers started giving her love-advice saying what she was doing with MacFarlane, which she did not like. Moreover, the magazine noted that long-distance between the lovers also played a major role in their separation.

The Buffy, the Vampire Slayer star Eliza Dushku was Seth MacFarlane’s girlfriend before meeting Emilia Clark. However, their romance lasted for just a month, from January 2008 to the February of the same year.

According to sources, MacFarlane started dating Dushku after meeting her through their mutual friends. They enjoyed each other’s company so, and Dushku also loved the way Seth made her laugh. Neither of them wanted the media to know about their romance at the time. But, the media found about them anyway. And their relationship also did not survive the test of time.

Seth MacFarlane was linked to the former award-winning American actress Amanda Bynes in 2008. They were spotted together throughout the 2008’s Fox Soiree and leaving for another party the same night. Many speculated that MacFarlane was dating Bynes as he had mentioned in an interview that evening that he had to run as his date, i.e., Amanda Bynes, was getting away.

However, like many of MacFarlane’s hookups, this one also did not continue for long. The former pair, MacFarlane, and Bynes separated shortly after some weeks in the same year.

The actress notorious for MTV’s 2007 season of The Real World Sydney, Trisha Cummings, reportedly dated Seth MacFarlane from 2010 to 2012. Though they tried their best to keep their relationship hidden, the media’s prying eyes captured them together on several occasions.

Like other relationships, Seth MacFarlane did not bend his one knee and proposed to Cummings. Despite their two years-long togetherness, Seth’s fans could not see their hero getting married this time also.

Another famous face linked to Seth MacFarlane is the ‘Til Death actress, Kat FosterKat Foster. She is recognized for her roles in many films and TV sitcoms such as Law & Order: Criminal Intent and Royal Pains. Kat appeared in some episodes of Family Guy also.

Foster remained in a romantic relationship with the Emmy-winning actor, MacFarlane, for a short time, from 2007 to January 2008. Currently, she is engaged to Jim Hustead.

The hot and bold American actress and producer Christa Campbell is famous for her performance in the films such as Day of the Dead, The Big Wedding, and Lonely Hearts. Campbell is also producer Lati Grobman’s business partner and founded the Campbell Grobman Films Production Company.

Seth MacFarlane dated Christa Campbell, who is just a year older than him, in 2006. When the two started dating, Campbell was far more famous in the entertainment industry than MacFarlane. Still, the former lovebirds attended various red carpet events together while they were in a relationship. However, like in other cases, Seth could not hold his bonding with Campbell for long, resulting in their split in the same year.

Another gorgeous beauty whom writer Seth MacFarlane dated is Katie Sah. She is best known for her short appearance in MacFarlane’s TV show Family Guy. Also, Sah’s acting credits include other acclaimed films such as Couch Surfer and Deadly Affairs. Also, she has worked as a voiceover actress and in commercials as well.

Katie Sah dated Seth MacFarlane after her split with Dave Days in 2009. She accompanied MacFarlane in various award ceremonies and broadcast programs in 2009. However, they separated after being in a romantic relationship for a short period.

Canadian actress and singer Kate Todd is the winner of the 2012 Radio Nation Music Awards for Best New Album for her first album Finding My Way. She was in an intimate relationship with Seth MacFarlane between 2008 and 2009.

Found this photo of my friend @SethMacFarlane and I at my parents house! #WayBackWednesday pic.twitter.com/YgKImGbepc

Though MacFarlane was romantically linked to Todd for a short period of time, they remained good friends after their split. Even after the separation, Todd often posted pictures of herself with MacFarlane on her social networking handles.

Another popular personality romantically linked with Seth MacFarlane is the beautiful blonde actress Jessica Barth. Barth is best recognized for portraying the role of Tami-Lynn McCafferty in Ted and its other sequels. She was also in the headlines after coming forward as the victim of Sexual harassment at the hand of the former American Film Producer, Harvey Weinstein.

Jessica Barth and Seth MacFarlane were briefly in a relationship in 2006.

Another Jessica who dated Seth MacFarlane is Jessica Szohr. Szohr is famous for appearing on several blockbuster TV shows and drama series, including My Wife and Kids, CSI: Miami, and Gossip Girl. She worked alongside Seth in the 2018 science fiction series The Orville.


Szohr is currently in a relationship with Brad Richardson and is a mother to a baby girl, but she briefly dated MacFarlane in 2014.

In mid-2013, Seth MacFarlane was rumored to be in an intimate relationship with the Pitch Perfect actress Alexis Knapp. The US Weekly reported in June 2013 that Knapp quietly hooked up with Seth MacFarlane earlier that year. At that time, Knapp was pregnant with her ex-boyfriend, Ryan Phillippe‘s baby.

However, soon after rumors about Seth MacFarlane’s romance with Alexis Knapp began to spread like a fire, MacFarlane came before media claiming it was a false alarm. He told the media that he and Knapp were just great friends for years, and there was nothing more between them.

After several unsuccessful tie-ups, Seth MacFarlane is currently dating the Prodigal Son actress Halston Sage. Sage is known for her performance in numerous other TV series such as How to Rock, Crisis, The Orville, and Paper Towns.

Seth MacFarlane and Halston Sage were first seen together on a friendly date in 2017 at an Italian restaurant Nerano in Los Angeles. They were dressed casually, depicting that they were entirely comfortable with one another. Since then, the couple is seen together in various events and public places. Moreover, various media reports that Sage is dating actor Zac Efron. However, Efron is in a relationship with Vanessa Valladares. So, Sage might still be in a relationship with MacFarlane.

Hence, Seth MacFarlane was in a relationship with more than a dozen hot and glamorous Tinseltown ladies. However, he always avoided marriage like the plague. But, we hope his present girlfriend, Halston Sage, might change his mindset regarding marriage. Let’s wish Seth will settle down this time with his love, Halston Sage.

Did we miss any of Seth MacFarlane’s girlfriends in the above list? If you know more than these, then please let us know so that we can dig through their dating history and let you know about them.