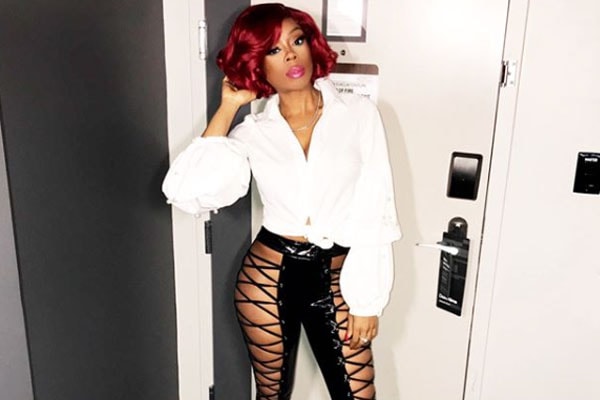 Shay Johnson has an estimated net worth of $1.2 million

The LHHM star Shay “Buckeey” Johnson’s net worth is estimated to be $1.2 million. It is from Shay’s acting and TV career that she has amassed such net worth.

In the past, Shay was in a relationship with rapper Lil Scrappy. They dated from 2010 to 2013. Shay Johnson’s ex-boyfriend Lil Scrappy has an estimated net worth of $1.5 million. He is from the same franchise but a different show, i.e., Love & Hip Hop: Atlanta.

The gorgeous Shay Johnson had filmed for a season with the LHHA show, but after getting in a brawl while shooting of an episode, she was removed from the cast.

The 34-year-old Shay “Buckeey” Johnson’s net worth is estimated to be $1.2 million. She has appeared in many shows including Flavor Of Love (Season 2), LHHA and now Love & Hip Hop: Maimi. It is from her such shows that Shay has gathered her riches. Along with that, Shay is a video vixen later turned into an actress. She has appeared in many music videos and added o her net worth.

After being removed from the LHHA, Shay must be feeling good to be back in the show. As it’s LHHM’s first season so information of their cast’s salary has not been revealed yet. But looking at Shay’s popularity, she must take home a five-figure cheque at the end of every episode. The reality TV vixen Shay has also appeared in Charm School, a reality TV series on  VH1.

As Shay is a big celebrity now, she is pursued by different events and shows asking her to be their host. She is limelight of the show, and we are sure that, in return, Shay Johnson must receive a considerable sum of money.

Shay is a fitness freak and has got a nearly perfect body. It is from her hard work and determination that she has reached such level. Well, if you want a body like Shay’s, then you can have one too. She has got a website named “ShayJFit” where she offers different products. Here is a small list of products along with their respective prices provided by ShayJFit:

After joining LHHM cast, Shay “Buckeey” Johnson’s net worth has a huge increase.