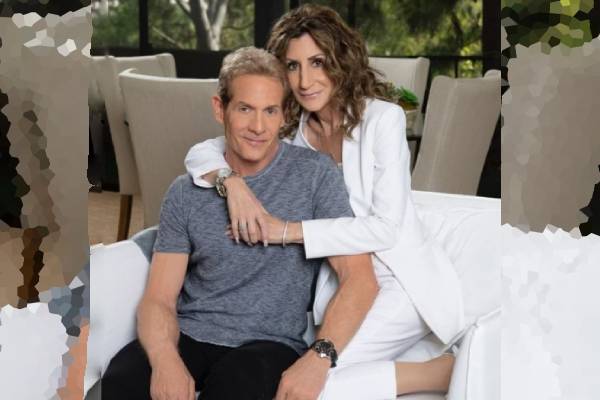 Born John Edward “Skip” Bayless II, Skip Bayless is a sports columnist, commentator, and television personality of American nationality. He is also famous for being a commentator on the ESPN2 show First Take, which he left in June 2016. The Oklahoma native then launched his show Skip and Shannon: Undisputed with Shannon Sharpe on Fox Sports 1.

With all that being said about Bayless’ professional life, now let’s take a look at his personal life. Well, he shares a happy marital life with Ernestine Sclafani Bayless. Thus, let’s get to know more about Skip Bayless’ wife in today’s article.

Dated For 11 Years Before Tying The Knot

Very few people prioritize their job and career over their families. One such individual is Skip Bayless. Even in his seventies, the television personality is rocking. Furthermore, Ernestine and her husband first met on the set of Cold Pizza in New York City in 2005. On their first date, her hubby told her she would always be number two to his job.

. @RealSkipBayless explains why his personal life will always come second to his career:

“I’m married to this…when I met my wife I told her, ‘You’ll always be number 2 to my job, which is my life.’” pic.twitter.com/trfebrQy3r

Nevertheless, the adorable pair dated for eleven years before tying the knot in 2016. Ever since then, they have been together. While her spouse’s life is centered around watching games, Ernestine’s life is centered around making their marriage work. That sounds weird. However, the duo has already been married for over half a decade. So, let’s hope their bond will last forever.

Is The Second Wife Of Skip Bayless

Did you know Skip Bayless has been married twice, and Ernestine Sclafani is his second partner? Well, his first marriage was to his junior high sweetheart. However, the ex-pair’s bond didn’t last long, and they parted ways after a few years.

As per a Media ITE article, Ernestine Sclafani’s husband disclosed the reason behind his divorce from his first spouse. Skip Bayless’ ex-wife wanted kids, but he didn’t want them, which ultimately ended their relationship.

Bayless further added that he would have been a horrible father because of his priorities and did not want to inflict that on his babies. That might be why the commentator made sure to make it all clear to his second life partner that she will always be his second priority.

Also Read: About The Marital Life Of D.J. Smith And His Wife – Christie Bezaire

Talking about her career, Sclafani is a public relations expert. She attended the Fashion Institute of Technology. In addition, the gorgeous spouse has spent over two decades achieving award-winning results for a variety of high-profile clients. Similarly, she has built long-lasting media relationships with some of the world’s most influential producers, editors, and reporters.

The loving partner has also worked with dozens of high-profile celebrities, entertainers, authors, chefs, and reality stars. Moreover, the public relations expert is now a principal of Ernestine Sclafani Bayless PR. She has been in the role for over three years now.

Before that, the commentator’s spouse was a vice president of consumer media relations at Weber Shandwick. She served the agency for over thirteen years. Apart from that, Ernestine has been involved with the different companies, including Bally of Switzerland, Esmark Apparel, Izod Lacoste, and Edelman Public Relations Worldwide.

Skip Bayless’ wife grew up near the Hamptons in Mastic Beach with an Italian father and Jewish mother, Evelyn Sclafani. When she started dating the sports columnist, her mother asked if she was sure of her decision. She said Yes! Although she is not a sports fan, Ernestine learned to fit her life around her husband’s games and 2 am weekday wake-up calls.

Later, the blonde beauty decided to write a book for partners in the same circumstances. Ernestine Sclafani’s book, “Balls: How to keep your relationship alive when you live with a sports-obsessed guy,” is quite popular. She calls sports other women in the book.

Furthermore, the book is available for $14.99 for the paperback and $9.99 for the Kindle version on Amazon. Thanks to her PR work and book sales, Ernestine Scalfoni’s net worth must be a notable amount. On the other hand, her husband’s fortune is worth $17 million.

Skip Bayless Is A Loving Husband

Many people still wonder how Skip Bayless’ wife keeps up with him, as he is also called the most hated man in sports. However, according to Ernestine, her husband has got a heart of gold. She also describes Skip as caring, shy, funny, respectful, and a good guy.

Despite having different priorities, the author and her better half have got many things in common. For instance, both love to listen to 1960s music and bond over Woody Allen. But, the pair have not welcomed any children together and don’t seem to have any intention.

Nonetheless, Skip Bayless’ loving wife seems to be doing well. In addition, she has accomplished considerable success in her professional life. We wish the couple a lasting bond.