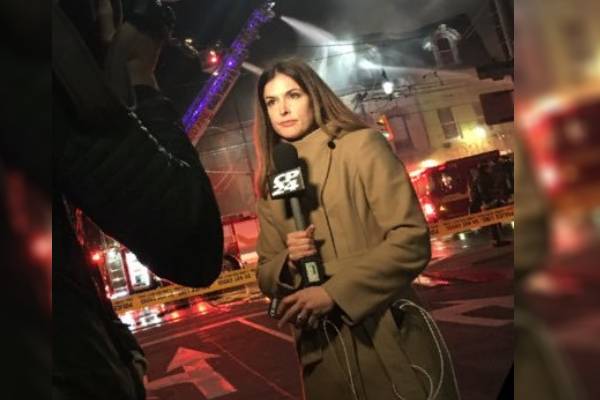 The current Ottawa Senators head coach, Denis Joseph Smith, shortly, D. J. Smith, is also a former professional ice hockey player. He has been active in the NHL since the late 1990s. The Ontario native played for Toronto Maple Leafs and Colorado Avalanche from 1997 to 2004. During the long journey, he has garnered considerable fame and name.

As a result, the Canadian coach’s personal life has also gained a lot of attention from the media. Talking about which, he is a devoted family guy. So, in today’s article, let’s get to know D. J. Smith’s wife, Christie Bezaire, and their two adorable children. Follow us till the end to know how the famous personality met his life partner.

Together For Nearly Two Decades

The Ottawa Senators head coach and his spouse have been together for nearly two decades. Christie and her husband first met in Windsor, Ontario back in the mid-2000s. Apparently, Bezaire is from the same city and was a golfer. Afterward, the lovebirds began dating each other.

Furthemore, Mrs. Smith must have grown up in her hometown with a happy childhood. Speaking of her educational background, she is a graduate of the University of Windsor. However, Christie has not disclosed in which subject she majored.

Well, the talented coach’s better half introduced herself as a freelance reporter for CP24, aerialist, runner, golfer, and a proud mother on her Twitter account. She previously worked at the CTV News for a few years. Following her husband’s settlement in Toronto, the beautiful lady left her job in 2017. In a lengthy FB post, she shared how long-distance relationship wasn’t always possible, and with the addition of their second born, Christie decided to quit CTV Windsor.

After moving to the new city, D. J. Smith’s wife continued her career in the news. As per Ottawa Sun, Bezaire is a certified fitness trainer and nutritionist. The Smith couple also bought into a partnership at the All Level CrossFit gym in May 2020.

Is A Doting Mother To Her Kids

The adorable couple is also proud parents of three children. Christie Bezaire’s husband has one son, Colton Smith, from his previous relationship. According to Elite Prospects, he was born on 9 February 2004 in Hershey, Pennsylvania, USA. However, the identity of D.J. Smith’s baby mama is still confidential.

Furthermore, Christie and her spouse have two kids together. Brock Smith was born around 2017. Afterward, the lovely duo welcomed another baby, Mickey Smith, in 2020.

Congratulations to #Sens head coach D.J. Smith and his wife Christie on the birth of their second child, Mickey, who arrived on Monday. pic.twitter.com/xZHJ3TdLh2

Although the head coach and his partner are busy with their career and work, they seem to spend quality time together with their children. Also, D. J. Smith’s wife seems to share a close bond with her stepson, Colton. Hopefully, their bond continues to grow stronger in the coming days.

Colton Has Followed In His Dad’s Footsteps

Since, the ice hockey coach’s other children are still small, they must be enrolled in school. Although the kids are kept away from the media, the Smith duo must be raising them with much love and adoration.

Overall we can see that, D.J. Smith’s wife is now a certified fitness trainer after quitting her job as a reporter. She has likely achieved great success in her own career. In addition, the beautiful lady has also proved herself to be a devoted spouse and a loving mother. We wish Christie Bezaire a more prosperous and happy life ahead.