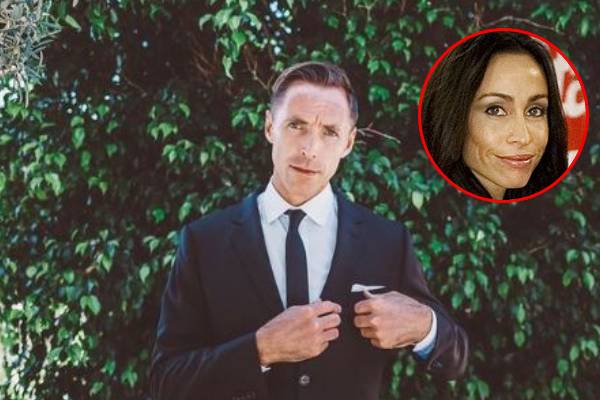 If you love to watch NBA matches, you might be familiar with the team Brooklyn Nets. It is one of the popular basketball teams in the National Basketball Association. Its head coach, Steve Nash, is a reputed NBA coach.

Keeping his professional side aside, Nash has been married twice in his life, firstly to Alejandra Amarilla. The ex-pair’s marital life has been a topic of curiosity for many people. Thus, in this article, let’s learn in detail about Steve Nash’s ex-wife and her whereabouts.

Before marrying his current wife, Lilla Frederick, the Brooklyn Nets head coach shared a marital life with Alejandra Amarilla. The couple met in 2001 in Manhattan when he was playing for the Dallas Mavericks. Soon after, the duo began dating.

Four years later, in June 2005, the smitten pair exchanged the vows. The married pair seemed to be living a fairytale romance. When they were together, Alejandra and Steve loved each other immensely.

Steve Nash’s Ex-Wife Is A Mother of Three

Steve and Alejandra were together for almost a decade and married for five years. While they were together, the couple welcomed three children.

Steve Nash’s then-wife gave birth to their twin daughters, Lola Nash and Bella Nash, in October 2004, a year before tying the knot. Then, in November 2010, they welcomed their son, Matteo Nash, aka Matteo Joel Nash.

The parents of three are raising their kids with immense love and care. The children must be having a great time growing up together.

Went Through An Ugly Divorce

Sadly, ten years after starting their relationship, Alejandra and Steve ended their marriage.

A day after announcing the birth of their son, Alejandra Amarilla’s estranged husband announced their separation. In a statement to Life & Style Magazine, the coach revealed that he and his spouse had lived separately for many months. He even added that he wanted only good things for her and asked everyone to respect their privacy. But it is not known why they separated.

In December 2010, the coach filed for divorce from his wife. He even asked the court to proceed as per a premarital agreement that allows him not to provide permanent spousal and child support. It was reported that she received five million dollars in the settlement. However, that was not done and dusted for the ex-pair.

In December 2012, Steve Nash’s ex-wife claimed that he did not let her move to Los Angeles from Phoenix, Arizona. He reportedly took legal measures to ensure she did not relocate. However, the motive behind this was not revealed by Nash.

In May 2013, Alejandra filed for court documents citing her ex-husband blocked her from moving to LA with their children so that he does not have to pay child support. In contrast, Nash told her that he didn’t want them to move from Arizona because he might be traded or forced into retirement. But, Alejandra claimed that was not the reason.

Nash opposed her, saying he didn’t want her to move because of her extravagant nature and she would spoil the children with an absurd level of luxury. He did not pay child support because he believed she spent way too much money to spoil the kids.

Furthermore, Nash paid for 90 percent of the medical bills, education, and extracurricular of the children. He also paid 82% of the salary of the nanny. Nevertheless, the separated duo eventually settled their battle.

Alejandra Amarilla’s Ex-Husband Has Moved On

Following their divorce settlement, the ex-couple moved on in their respective life. Alejandra Amarilla’s ex-husband, Steve, got married to Lilla Frederick. The couple now has welcomed two children together, Luca Sun Nash and Ruby Jean Nash.

However, it is not known if Steve Nash’s ex-wife remarried. She has remained away from the limelight. Moreover, she has also worked as an assistant director for several projects. Thus, Alejandra must be earning significantly from her profession and must be living a wonderful life.

Let’s hope we get to learn more about Alejandra in the coming days.