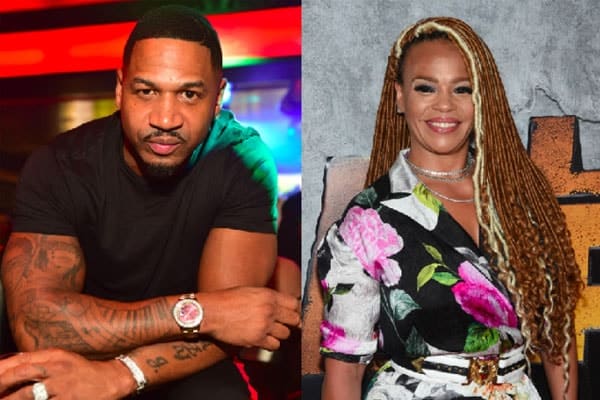 The “LHAA” star Stevie J married his girlfriend, now wife Faith Evans on the 17th of July, 2018 at around 10;30 p.m. The matrimonial ceremony took place in a hotel room in Las Vegas. So we can presume that besides close friends and family not many guests were present at Stevie J’s marriage.

The couple shared their happiness on their different social media outlets.

Stevie J’s wife Faith Evans marked their marriage with a tattoo. The widow of Late rapper Notorious B.I.G., Faith Evans immortalized her official wedding date by getting inked. She revealed her fresh tattoo on her Instagram profile with a caption “Mrs. Jordan♥ VII.XVII.MMXVIII.” The ‘J’ in Stevie J stands for Jordan.

After the wedding, the singer Faith Evans released a song titled “A Minute” with her husband Stevie J. In the video, we can see the hot chemistry between the lovely couple. The song has gained popularity in a short period of time. Just in over a month, the song has got over 2 million views on YouTube as of September 2018. Faith J also has worked with rapper Freeway, whose health at the moment is deteriorating.

The news about Stevie J’s marriage was all over the media though many were still confused. But when Stevie J took on to his Twitter handle to express his love to his wife Faith, it was all confirmed. He confessed his feelings for her and in response Faith replied. 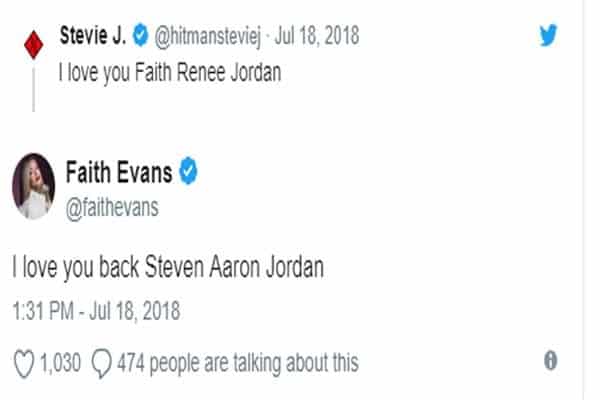 It was The “Love and Hip Hop: Atlanta” star Stevie J’s first marriage. Though he was linked with his ex-girlfriend, Joseline Hernandez, and reportedly had a child. And as for Faith Evans, it was her third marriage. Faith was previously married to Late Notorious B.I.G  and later to Todd Russaw. Faith Evans and Todd Russaw were divorced in 2011.

Let’s hope he marriage life of Stevie J and his wife Faith Evans will prosper them well.