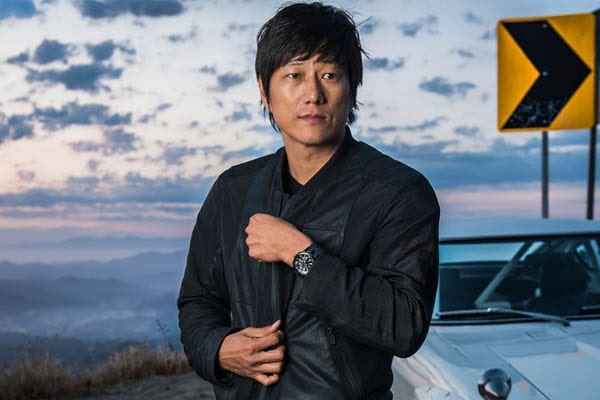 Sung-Ho Kang, often confused with the Korean golfer Kang Sung-hoon, is an American producer and actor. He is famous for portraying Han Lue’s role in the five films of the action movie Fast & Furious franchise. It is also the first character that Kang portrayed in the 2002 American Crime-drama film Better Luck Tomorrow. Besides, Kang is also known for his appearance in several hit movies such as War, Forbidden Warrior, and Bullet to the Head.

The hot and dashing actor Sung Kang is a married man. Born to a Korean mother and raised by her and his African-American stepfather, Kang is in a marital relationship with South-Korean-born Miki Yim. Here, be familiar with Sung Kang’s wife, Miki Yim, and know if she is also in the acting field like her husband. Also, have a look at their marital life and their kids together.

Many might think that being the wife of the world-class movie actor Sung Kang, Miki Yim might also be into acting. However, Sung Kang’s beau, Miki Yim, is actually in the fashion designing business. According to various online sources, Miki served as a General Manager of the prestigious clothing and accessories brand Prada Group for some years. As mentioned on her Linkedin page, she joined Prada in  2013 and resigned after working for four years in 2018.

Furthermore, before joining Prada, Sung Kang’s wife, Miki Yim, worked for a couple of international brands, including La Perla and SEPHORA. She served as a store manager of La Perla for four months after the opening of the brands’ new store in Honolulu, Hawaiian. Similarly, Yim was an assistant manager at SEPHORA from 2010 to 2013.

Moreover, the Meiji Gakuin University graduate, Miki Yim, worked for JTB Hawaii from 1991 to 1995 in its customer service. Also, she has experience working for CHANEL as a Sales Associate and as a Supervisor and Product Specialist for Louis Vuitton. Likewise, Yim was the manager at Celine Inc. from 2004 to 2009. But, her current profession after leaving Prada is not available on the internet. We hope Miki might be earning enough from her current job.

Married To Sung Kang Since 2014

Like many celebrity personalities, actor Sung Kang also stays mute about his family life, including his wife, Miki Yim. Still, the media people dig through his personal life and found out about his marital life. According to sources, Sung Kang exchanged the wedding vows with his long-time girlfriend, Miki Yim, on 8 July 2014. Their marriage ceremony took place in a private function attended by a few of their close friends and family members.

Sung Kang first met his future wife, Miki Yim, in Koreatown Karaoke back in 1992 when Kang had not even debuted in American showbiz. When they met, both Kang and Yim were in their college. The pair dated for around a decade before deciding to tie their marital knot in 2014.

Although it has been more than two decades since Miki Yim and Sung Kang are together, they do not seem to have any kids together to date. Both Sung Kang and his wife, Miki, rarely share their personal life in media. So, it’s quite possible that they might have a couple of kids and mostly prefer to keep them hidden from the media’s prying eyes. Currently, the husband-wife duo, Sung Kang and Miki Yim live a blissful and secret life in Los Angeles, California.