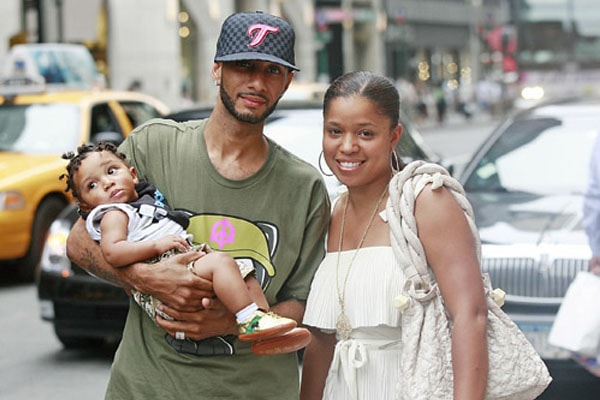 Swizz Beatz’s ex-wife Mashonda Tifrere is an R&B singer. She has a son named  Kasseem Dean Jr. with Swizz Beatz. She was popular in the early 2000s. The singer Mashonda has also worked with many different artists including Jay-Z, Fat Joe, and Cassidy.

As for her ex-husband, Swizz Beatz, he is a man with multiple talents. He is an American rapper, DJ, and also a producer. At the moment, Swizz Beatz is living a happy married life with his current wife Alicia Keys. Rapper Swizz Beatz’s wife Alicia Keys don’t need much introduction; she is a famous singer, pianist and an actress.

The DJ Swizz Beatz started dating his baby mama Mashonda in 1998. A couple of years before marrying, Swizz Beatz got his ex-wife Mashonda pregnant. But unfortunately, because of stress she was forced into pre-labor and had to suffer a miscarriage.

Losing her baby pushed Mashonda to depression for two years. It was only in 2004 that the ex-pair of Swizz Beatz and Mashonda got married. Almost after two years of marriage, Swizz Beatz’s ex-wife Mashonda gave birth to their son,  Kasseem Dean Jr. on December 2006.

And in 2008 Mashonda Tifrere and Swizz Beatz got a divorce. The reason behind the divorce was mainly Swizz Beatz’s infidelity. Even when he was with Mashonda, he has had a son named Prince Nasir with Nicole Levy and later on a daughter named Nicole with Zhanna Andrianova, a UK based singer.

The divorce between Swizz Beatz and his ex-wife Mashonda was finalized in May 2010.

After the divorce, Mashonda reportedly targetted Swizz Beatz in Manhattan Supreme Court for missing $334,000 in child support and alimony payments. At the moment she is busy promoting female artists through her ArtLeadHer organization.

Despite having differences with her ex-husband Swizz Beatz, Mashonda has got a good relationship with her ex’s wife, Alicia Keys. Alicia holds a significant place in Mashonda’s heart, and she also has a love for, Swizz Beatz and Alicia key’s son Egypt Daoud Dean.

They are not just co-parents but, Mashonda and Alicia Keys are good friends. Mashonda respects Alica Keys as her sister and both call each other “Golden Girls.”