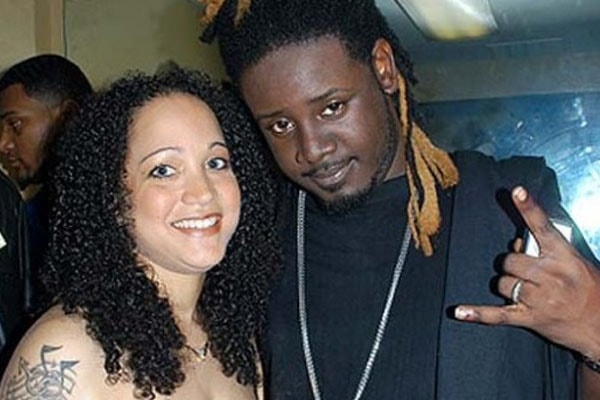 Many Twitter users lost their cool when they found out that rapper T-Pain is married and has a wife. For those who didn’t know, T-Pain’s wife is Amber Najm. The musical couple T-Pain and his wife Amber married on the 11th of September, 2003.

Faheem Rashad Najm who is famous by his stage name T-Pain is a man with multiple talents. He is a rapper, singer, songwriter, producer, and others. As for T-Pain’s wife, Amber Njam is a pretty lady who was born in Melbourne, Florida.

Though she graduated from the Florida A&M University, T-Pain’s wife Amber Najm also worked in the American military.

If you are a tattoo person, then you will love T-Pain’s wife, Amber Najm. Amber has got many tattoos in different parts of her body. She has got a portrait of a woman on her left bicep.

The woman on the tattoo must be someone dear to T-Pain’s wife Amber, or else who would go through such pain of art. Speaking of tattoos, Corey Taylor’s new girlfriend Alicia Dove is another person who has got many artistic tattoos.

When T-Pain mentioned his wife in one of his tweets, firstly, a lot of people had their mind boggled. And then many fans coined the duo as “Couple Goals.”

Okay first of all I had no idea T-Pain was married and second of all #goals https://t.co/kdYuy8vdIj

In one of T-Pain’s Instagram’s post, he confessed out how much he loves and adores his wife, Amber. Many people thought it was adorable and cute and many found it cringy. He has threatened and expressed his love at the same time. 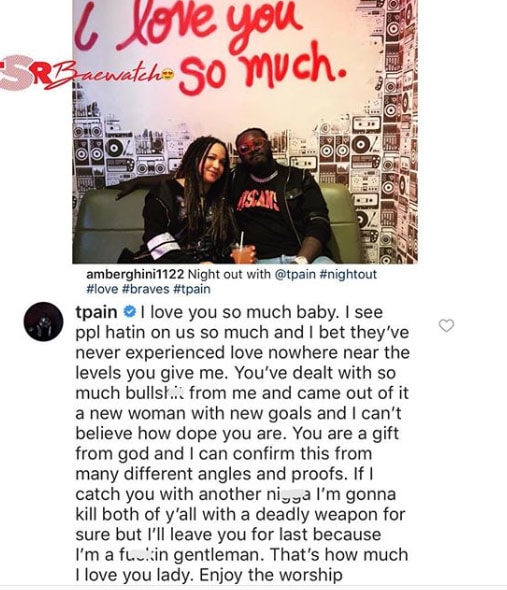 The lovely couple of T-Pain and his wife Amber Najm are blessed with three children. T-Pain is so much into lyrics and music that he ended up naming his daughter and son after it. They have a daughter named Lyriq Najm and two sons named Muziq Najm and Kaydnz Kodah Najm. Also, T-Pain has a nice bond with his family.