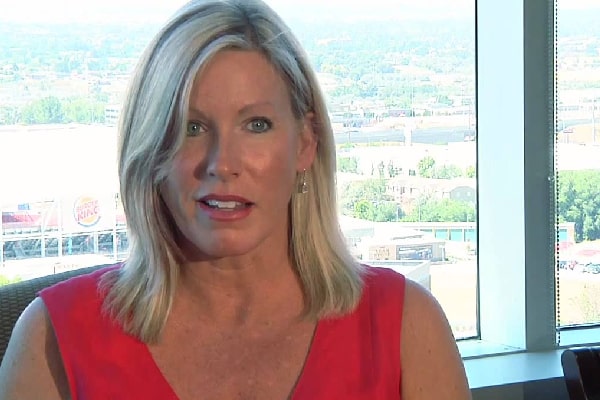 We lost many prominent faces in 2020, including American pro basketball player and coach Jerry Sloan. He was one of the greatest and respected in NBA history, who was inducted into the Naismith Memorial Basketball Hall of Fame. As one of four coaches in the NBA with 15+ consecutive winning seasons, Sloan led a pretty victorious career and lived a beautiful life.

Therefore, we will be following Jerry Sloan’s spouse and her whereabouts.

Well, that’s a mystery. Since popularity makes fans entitled to their idol’s information but late Utah Jazz’s coach, Jerry Sloan, and his wife, Tammy, have always managed to keep their whereabouts a secret.

Moreover, the Ohio native, Tammy Jessop, aka Tammy Sloan, moved to Utah in the early 80s to pursue a restaurant business career. Interestingly, one of the greatest coach’s spouse did not care for sports whatsoever. She loves news instead and confessed to being a vast ‘news watcher’ while talking to KSL.

Well, despite being away from social media, Tammy did appear in a handful of interviews praising her husband and his job. Otherwise, Jerry Sloan’s wife has always been a grounded person who loved to see her husband’s charm but stayed timid herself. Moreover, she isn’t present on social media, which sounds odd in the present days.

First Met At A Restaurant

Tammy Jessop and Jerry Sloan met in 2005 at a local restaurant. During an interview, she revealed that she thought he was very handsome when she first saw him. Well, Tammy and Jerry shared beautiful chemistry. Eventually, the couple married in September of 2006 in an intimate ceremony.

Both Jerry and Tammy have always complemented one another and assisted in their career growth. Aforementioned, Tammy appeared in a few interviews to talk about how hard-working her husband is and how basketball has always been in his blood. Furthermore, the supportive wife always stayed beside her partner during important games and news.

Moreover, the Sloan couple was always vibrant and loved passionately. Although the former couple never welcomed babies together, Tammy is a mother to her son, Rhett S. Jessop, from her previous marriage. Similarly, she is a doting step-mother to Sloan’s children, Brian Sloan, Kathy Sloan Wood, and Holly Sloan Parish, with his late wife, Bobbye Sloan.

Things weren’t always blossoms for the couple as Jerry was diagnosed with Parkinson’s disease followed by worsening dementia. Despite the deteriorating disease, Jerry Sloan’s wife, Tammy, assisted him in making him comfortable.

Although there are no medications that could stop LBD, there are cares to ease symptoms, and Jerry had adapted his remedy.

Therefore, Jerry Sloan’s widow, Tammy, would always accompany him at all times when he attended Jazz’s games. She cooked and protected her husband at all costs and put up with several hurdles to keep her partner safe.

After all the care and love Tammy Sloan’s husband received, the couple had to part ways on May 22, 2020, caused by complications of Parkinson’s disease. Jerry Sloan’s death brought great misery to Tammy, but she always has her step-kids to help ease her wound.

Following Jerry Sloan’s death, his sweetheart became more secretive and stayed away from the limelight. Therefore, respecting her privacy, we hope Tammy Jessop, aka Tammy Sloan, is living a healthy life far from the glamor.