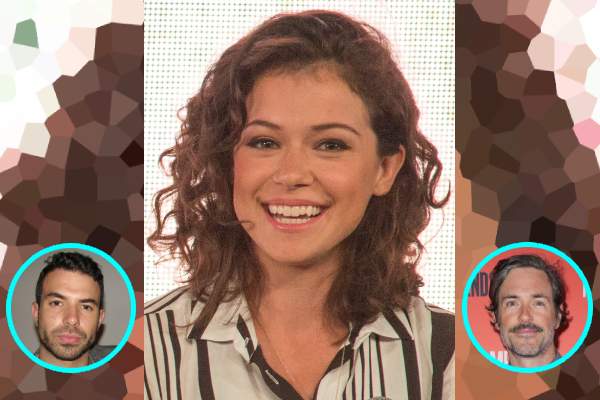 Tatiana Maslany, whose full name is Tatiana Gabriele Maslany, is a well-known Canadian actress. She is notorious for playing numerous characters in the science-fiction thriller television series Orphan Black. She won multiple awards for her performance in the series and became the first Canadian to receive an Emmy award in a major category for acting in a Canadian series.

Furthermore, Maslany has been cast for the prominent role of the anticipated MCU Disney+ series, She-Hulk: Attorney at Law. She will be starring as Jennifer Walters or She-Hulk, the main character of the series, which will premiere its first episode on August 17, 2022.

Being cast for the much-loved character in the MCU series, the 36-year-old has once again received the spotlight. Moreover, people are curious to know about her relationship status and want to know if she is married. Thus, let’s take a look at Tatiana Maslany’s husband and dating history.

Relationship With Her Ex-Boyfriend, Tom Cullen

The Canadian actress tends to be quite private about her love life. However, she had been open about her relationship with her then-boyfriend, Tom Cullen. The latter is a Welsh actor and director, best known for his appearance in Weekend (2011), Castle in the Ground (2019), and The Other Half (2016).

The former pair met on the set of the TV series World Without End in 2011 and fell in love. Maslany and Cullen made their first public appearance as a couple in September 2012 at the Toronto International Film Festival. The ex-pair worked together in various films and television projects after they started dating, such as The Other Half (2016), Souls of Totality (2018), and Pink Wall (2019).

The ex-couple even played lovers in the 2016 released movie The Other Half. But, Maslany and Cullen are no longer together. The one-time power couple did not make an official statement about their split up, but as per The Sun, they both unfollowed each another on Instagram in 2020. Furthermore, fans speculated that the Orphan Black star had moved out of the house she used to share with her then-partner in LA.

If they started dating in 2012 and broke up in 2020, it would mean that the former lovebirds had been in a romantic relationship for about eight years. We can’t be sure about that, though, as both the actors have yet to speak about it. Regardless, Tatiana and Tom dated for quite a while.

A few weeks earlier, the Emmy-winning actress and her current partner, Brendan Hines, made their relationship known to the public. Maslany and Hines walked the red carpet together on April 4, 2022, at the Helen Hayes Theatre in New York City for the opening night performance of Broadway’s Take Me Out.

Tatiana Maslany’s boyfriend, Brendan Hines, is an American actor and singer-songwriter. He is known for being the main cast of Lie to Me and has had recurring roles in Scandal, Betrayal, Suits, Scorpion, Secrets and Lies, and Locke & Key. Additionally, Hines has also appeared as the main character in various movies and has released three albums.

The couple’s appearance on the red carpet on April 4 wasn’t the first time. They had previously been photographed together while attending the premieres of X and Everything Everywhere All at Once. Well, it is unknown where and when the two met, but the duo is speculated to have been in a relationship for at least over a year.

According to Just Jared, fans started talking about Maslany and Hines being together in December 2020. Later in July 2021, the 45-year-old actor and the 36-year-old actress were seen and photographed at dinner with the latter’s co-star Tim Roth.

Regardless, both of them have made their Instagram handles private. It seems the smitten couple wants to enjoy being with each other without the pressure of having to share it with the public.

No, the Canadian actress is not married and does not have a husband yet. As mentioned above, she is in a blissful romantic relationship with her lover, Brendan Hines. It has only been a few weeks since the pair have gone public, and neither of them has shown any signs of being engaged to one another.

Even if Brendan Hines is not Tatiana Maslany’s husband at the moment, could he be in the soon future? Well, it is a very plausible scenario.

Nevertheless, we wouldn’t know unless the Maslany-Hines couple reveals it to the public. Nonetheless, we don’t doubt Tatiana Maslany’s boyfriend makes her very happy, whether he is her lover or spouse. We wish the newly formed pair have a happy and healthy relationship that lasts for a long while.