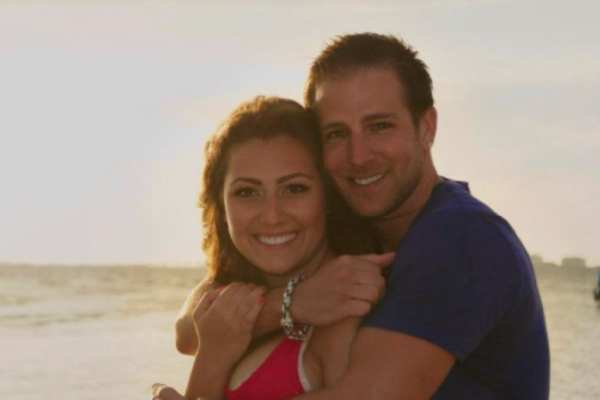 If you are a superhero movie fan, you might have watched The Adventures of Sharkboy and Lavagirl. Though the film is for kids, its captivating plot has also attracted the adult audience. One notable individual known for her role in the movie is Taylor Dooley. Her portrayal of LavaGirl is loved by many.

Taylor has now resumed her famous role in The Adventures of Sharkboy and Lava Girl’s sequel, We Can Be Heroes. As this marks her return to the home screen, many must be curious to learn about her. Likewise, Dooley’s fans are likely eager to take a glimpse at her love life.

Speaking of which, the actress was previously married to her partner Justin Cassotta. But, the pair are no longer together. So, what happened between the former lovebirds, and where is Taylor Dooley’s ex-husband now? We will be talking about it all in this article.

How Did It Start For Taylor And Justin?

As mentioned earlier, Justin Cassotta’s ex-wife is renowned for her role as LavaGirl in the Adventures of Sharkboy and Lava Girl. Though she was passionate about acting earlier, after starring in the movie, she was hooked, and her passion grew double fold. Alongside acting on other projects, she continued her studies at Valencia High School.

And seems like Taylor and Justin met at the school, as the latter also went to Valencia High. As per Justin’s FB, he and his then-partner started dating in February 2013. Moreover, he got down on his knee a year later while the couple was hiking. It took Taylor entirely by surprise, and she happily shared the news on her IG a week later.

The ex-duo tied the knot on May 14, 2016. Though details about their wedding remain scarce, it must have been a lovely ceremony.

Alas, not every marriage lasts a lifetime, and some end in separation after a while. Likewise, the Dooley-Cassotta pair’s marital bliss could only continue for five years. Both separated in August 2021. Furthermore, Taylor shared how the decision to divorce was made after a thoughtful and careful consideration on IG. She also asked her fans to respect her privacy regarding the matter.

Welcomed Two Kids With His Ex-Wife

While they were together, the former duo was not only enshrouded in marital bliss but also enjoyed parenthood. They became parents for the first time after the birth of their baby boy Jack Alexander Cassotta in November 2016. Jack is a momma’s boy and often appears on his mom’s social media posts.

Justin and Taylor Dooley’s daughter, Adaline Joan Cassotta, is their youngest child, who arrived in March 2019. The actress shared how she was anxious prior to giving birth to her baby girl about whether her son would love the new family member or not. She also disclosed she was afraid of whether Jack would love or be angry that she brought someone else into their little family of three.

Well, Justin Cassotta’s ex-wife had nothing to fear as their little man loved and adored his baby sister from the moment he saw her. He is still very caring to his younger sibling, and they both look very cute together.

Moreover, the divorced couple decided to co-parent and raise their little ones as happily and healthily as possible. As such, Taylor Dooley’s ex-husband must also be paying her a certain amount on child support. He is also likely spending plenty of time with his babies.

All About Taylor Dooley’s Ex-Husband, Justin

While many are familiar with Taylor, her former partner only came into the limelight due to his association with her. Thanks to her and Mr. Cassotta’s secretive nature, much about Justin remains yet to be discovered. Well, he was born on November 14, 1982, as per Famous Birthdays.

Talking about his family, Taylor has a sister named Stephanie Regehr, who is already married. Not just that, she has welcomed a son and a daughter. Justin must be a loving uncle to his nephew and niece.

Moreover, as already stated, Taylor Dooley’s ex-husband attended Valencia High School like her. Moving to his profession, he previously worked at ThyssenKrupp Elevator. He has been working at Amtech Elevator Services since April 2022. However, details about his dating status are little to none.

Justin seems like a man of secrecy and hardly divulges anything related to his love life. While his IG is private, his FB posts are void of his possible romantic interest. So, whether he has remarried or anything about his dating life remains a mystery for now. On the other hand, his ex-spouse is in a loving relationship with her beau Nicholas.

Overall, Mr. Cassotta came into the limelight after getting hitched to Taylor but has remained away from the media following their divorce. Still, judging from his posts on social media, he seems to be doing well. Hopefully, it will remain the same in the future as well.