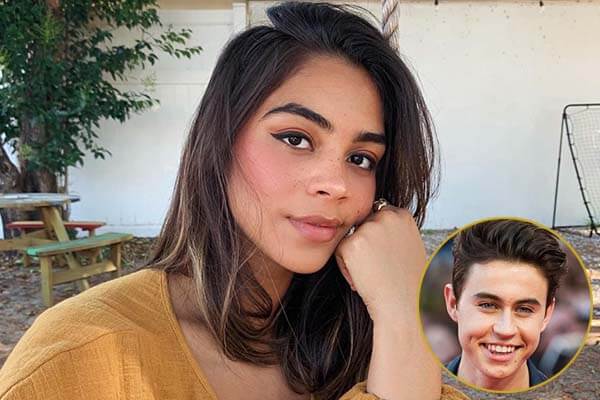 YouTuber Nash Grier is currently busy preparing to welcome his newborn son with fiance Taylor Giavasis. While Nash is a famous YouTuber with an estimated net worth of $3.5 million, many are curious about his girlfriend-turned-fiancé, Taylor.

Nash and Taylor began dating Nash in 2015, and the duo has been together ever since. Taylor will soon become Nash Grier’s wife and the mother of his first child. Although the two have not tied the wedding knot, the engaged duo Nash and Taylor surely have plans to do so.

Here are some facts about Taylor Giavasis’s personal and professional life.

Former Viner Nash Grier and his gorgeous fiance Taylor are excited to bring their first child into this world. On April 20, 2019, Taylor shocked fans with her pregnancy announcement on Instagram.

She couldn’t be happier about it! Taylor wrote a detailed caption in the post about always wanting to be a mother and the joy a woman feels about entering motherhood. Well, good for her!

Coming towards her parents, not many know that Taylor’s parents are already famous in the media. However, her father Bobby Lee Cutts Jr. is famous for the wrong reasons. He is a convicted criminal and is in jail for murder. Well, Taylor certainly wants to distance herself from her criminal dad, as per this tweet.

As such, Taylor’s mother Nikki Giavasis is more close to her, and the two are a loving mother-daughter duo.

Taylor’s mother Nikki is a model and former NFL cheerleader. Undoubtedly, Nikki has passed on her talent and charm to her daughter Taylor.

Like her fiance Nash, the gorgeous Taylor is ahead in the game when it comes to having a large following on her social media accounts. She is active on Instagram and Twitter, where she has combined 750K+ followers.

Likewise, Taylor is an entrepreneur like her mom, Nikki. She runs a t-shirt company called Express Through Perspective along with her soon-to-be husband, Nash. Taylor also runs The Naked Diaries account on Instagram, where people showcase their bare bodies along with a personal story attached to it. Further, Taylor is a foster carer specialist, and she loves animals!