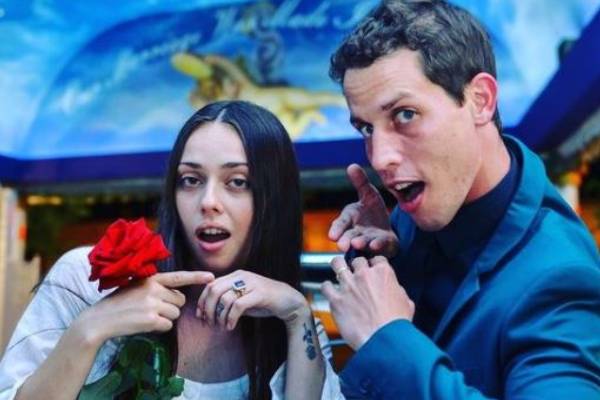 Speaking of comedy, it is one of the most-watched and loved genres globally. With the growing use of streaming sites and apps, many comedy series, movies, and videos have been made and streamed. And they are loved by many people watching it from every corner of the world. In addition, the genre comedy has given birth to many stand-up comedians and comedians who have made a good name for themselves.

One of those names is Tony Hinchcliffe. Primarily known as an insult comedian, Tony has been working as the writing staff of the Comedy Central Roast series. He is also famous for his comedy podcast Kill Tony. Thanks to his career as a comedian, he has gained immense fame and fortune to his name.

Because of his growing popularity, Tony’s personal life has become a subject of discussion for a number of fans. It is known he is married, but very little has been revealed by him. So, in this article, let’s find out about Tony Hinchcliffe’s wife, Charlotte Jane, and their marital life.

The famous comedian Tony Hinchcliffe shares a blissful marital life with Charlotte Jane. Although Tony has tried to keep his personal life private, according to Distractify, in 2015, he first mentioned he was married. Since he shared the news during a set, the audience did not believe him.

Furthermore, in November 2017, Tony shared a photo of him and his wife and shared the news of their marriage. Similarly, Tony Hinchcliffe’s wife, Charlotte, also shared a picture of her ring on her Instagram page. Furthermore, according to an online site, the pair met while he was on vacation to Niagara Falls.

The couple has kept their marital life away from the media and the limelight.

Is The Daughter Of Popular Australian Racer

Charlotte Jane has undoubtedly gained fame as the renowned comedian Tony Hinchcliffe’s wife. However, she is also famous as the daughter of popular Australian racer Bob Jane. She is one of the three children of Bob with Laree Jane.

Besides her siblings, Robert Jane and Courtney Jane, Charlotte also has two half-siblings, Karen Jane and Rodney Jane. In addition, Charlotte’s mom, Laree, is the third wife of Bob.

Sadly, Charlotte lost her dad on September 28, 2019. Bob died at the age of 88 from prostate cancer, which was diagnosed 21 years ago. Bob’s daughter shared moving posts on her Instagram and had posted several lovely pictures of her and her dad.

It must have been difficult for Charlotte to lose her dad to such a dreadful disease.

Tony Hinchcliffe’s Wife Is A Model

Tony Hinchcliffe’s spouse, Charlotte, seems to be an Instagram influencer and a model. Going through her Instagram, we can see that she has posted a lot of pictures of herself. Furthermore, she seems interested in keeping a collection of different images of different models, especially pin-up models.

Charlotte has made a separate Instagram page named BabyJaneCo. Furthermore, she also has a meme account named 4twen, where she has uploaded several memes.

Apart from that, information about her actual profession is unknown. Who knows, she might be working as a model and might become successful in the media.

Are Tony And Charlotte Still Together?

As mentioned earlier, Tony Hinchcliffe and Charlotte Jane tied the knot in November 2017. The couple has tried to keep their marital life private and has not posted much about each other. The confusion regarding Tony’s married life always existed as he did not talk much about it in the media.

Not only that, the uncertainty regarding their marital status increased further when Tony Hinchliffe’s wife, Charlotte Jane, uploaded a video of a man named Dylan Leduff in May 2021. She captioned the post saying he was the one with whom she fell in love. Furthermore, she posted another picture of them together.

So, the fans are curious to know if Hinchcliffe and Jane are still together. In addition, Tony’s spouse, Charlotte, uploaded a picture of her in December 2019 with the same ring that Tony had given her. However, after that, the ring has not been seen in any of her posts.

Similarly, Charlotte Jane’s husband, Tony, has also not uploaded any picture of them together. However, he is also rumored to be dating Joanna Jedrzejczyk. Furthermore, one fan has claimed Tony and Joanna to be married.

So, it is not sure if Charlotte and Tony are still married or have already separated. This confusion can only be cleared when one of them opens up about their marital status. And hopefully, they’ll do that soon.

Nevertheless, Tony Hinchcliffe’s spouse seems to be doing great for herself. We hope to know the truth about the pair’s marital life soon.