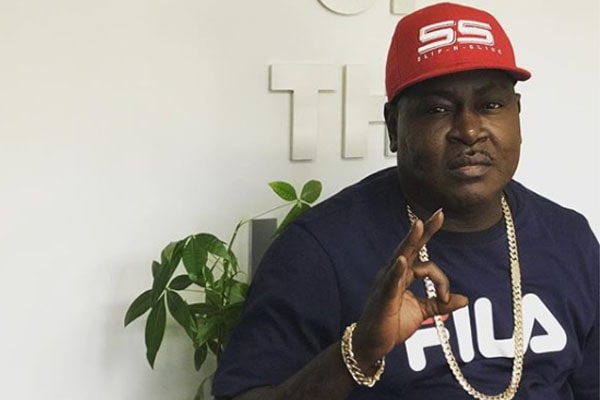 Salary of Trick Daddy from LAHH

The “Take It To Da House” rapper Trick Daddy‘s Net worth is estimated to be $400,000. As a professional rapper and a reality TV star in “Love & Hip Hop: Maimi” show, Trick has amassed such impressive net worth.

It has been a long time that Maurice Young aka Trick Daddy has been active in the rap industry. He was formerly known as Trick Daddy Dollars and hails from Miami’s Liberty City. The rapper Trick Daddy has experienced a lot of ups and downs in his life, from having his albums certified Golds to being filed for bankruptcy.

Trick Daddy Net Worth and Earnings

The LAHH star Trick Daddy’s Net worth is estimated to be $400,000. As his fame and popularity have increased by appearing in the new season of ‘Love & Hip Hop: Miami’ so is his net worth. Trick Daddy is a significant part of the show at the moment.

Trick is cast of the Love & Hip-Hop alongside his friend Trina. Speaking of Trina, she is in a relationship with a guy named Raymond Taylor. Trina’s boyfriend Raymond is all smiles when he is around her. There are not many details regarding how much a cast of LHHM earns, but we are sure Trick Daddy takes home a massive sum of cash.

As mentioned earlier Trick has been in the industry for a long time now. Till date Trick Daddy has got over 5+ albums with some mixtapes and EPs. Here is a list of Trick Daddy’s albums along with their respective prices:

The revenue collected from the sales of his albums contributes the most to Trick Daddy’s Net Worth. Going through Trick’s social media handle we can find him promoting different products. We are sure he must receive a substantial amount of money for doing such promotions.

On the 31st of August, 2015 The LHHM star Trick Daddy filed for bankruptcy. His filing stated that Trick owned $430,000 worth of assets and owed $630,000 worth of debt. Trick claimed from music royalties and clubs appearances he earned $14,000 per month.

Along with that Trick Daddy owed $280,000 in mortgages and $290,000 in back taxes. But at the moment it looks like he is doing fine and slowly clearing his financial debts.

The Net Worth of the 45-year-old rapper Trick Daddy has surely improved his net worth a lot. Here is a table showing Trick Daddy’s Net worth from 2014 to 2018.