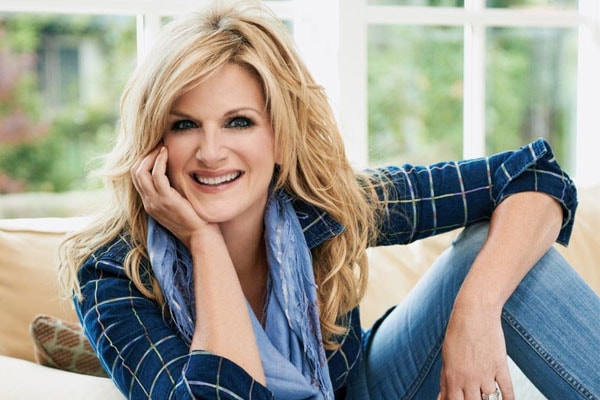 Trisha Yearwood’s single She’s In Love With The Boy from her first debut album made number one on the Billboard Country Chart in 1991. The song ultimately rose her to fame. The height of her fame is still as same as it was some 28 years ago. At the moment Trisha is enjoying her life with her husband Garth Brooks who have been together since 2005.

Trisha Yearwood’s net worth is estimated to be $40 million. The gorgeous singer has collected most of her fortune from her music career. Trisha has sold over 15 million albums worldwide making her one of the most successful singers in the music industry. No wonder she is a multi-millionaire.

The beautiful singer Trisha started her music career as a back vocalist. Who had guessed that she would be ruling the stage and her songs would stream on every radio stations? Her successful journey as a singer had a humble start. Now she has earned both fame and wealth.

The country artist Trisha Yearwood has released thirteen studio albums till date. Trisha Yearwood is her debut album which sold one million copies. Her recently released album is Lets Be Frank. Her captivating and beautiful voice has made it possible for her to earn a good amount of sum from all her albums.

The Grammy-winning singer Trisha is the host of culinary program Trisha’s Southern Kitchen. The singer has also established herself as a successful writer of three cookbooks and earned herself the title of New York Times best-selling author. She is one of the multitalented personality who has justified every work she has done.

The country singer Trisha Yearwood has earned her net worth from her music career. Her net worth is rising ever since her debut as a singer.